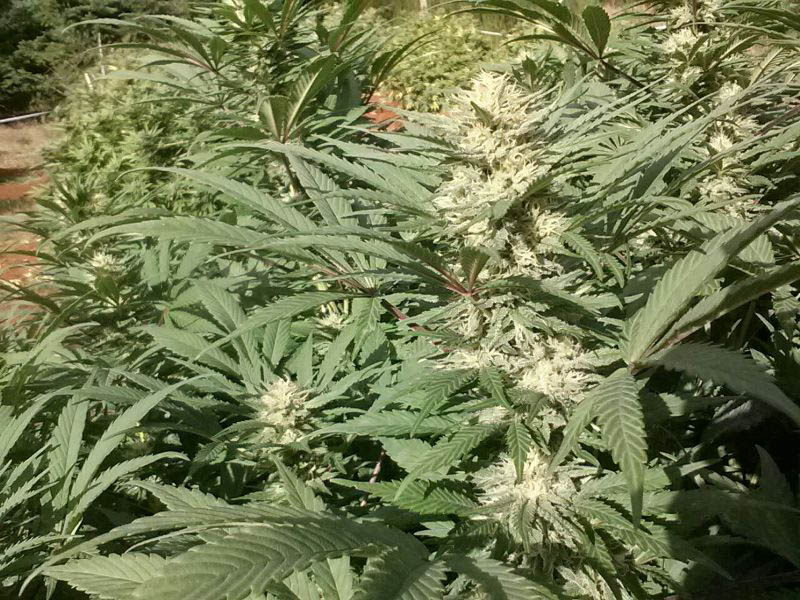 Cannabis testing is important because mold, salmonella and other contaminants could make users sick.

The microscope at the University of New Haven, set at 10-times magnification, shows a marijuana leaf covered with dozens of tiny bumps. It's mold, and someone, somewhere could be smoking similarly contaminated pot and not have a clue.

Heather Miller Coyle, a forensic botanist and associate professor at the university, says all sorts of nasty things not visible to the naked eye have been found in marijuana — mold, mildew, insect parts, salmonella and E. coli, to name a few.

That's why Coyle and her students earlier this year began developing a new process to detect contaminants in marijuana through DNA profiling and analysis. The aim is to be able to identify potentially harmful substances through a testing method that could make the analysis easier and quicker for labs across the country in the developing industry of marijuana quality control testing.

“If there's no certification ... it's like saying we don't check our meat for mad cow disease,” Coyle said. “That's our goal as a private university, to develop the tools to address or mediate this issue.”

A number of labs around the country are testing marijuana for contaminants using different methods, many of which have been around for decades and used to test other plants, including food crops, for harmful substances.

The health effects of marijuana tainted with mold, pesticides and other contaminants aren't clear, said Mason Tvert, a Colorado-based spokesman for the Marijuana Policy Project in Washington, D.C. The project was founded in 1995 to lobby for the reduction or elimination of penalties for marijuana use.

“Although we have not seen significant problems with tainted marijuana in the past, we should certainly be taking steps to make sure it's not a problem in the future,” Tvert said. “We have never seen a death solely associated with marijuana use. The same certainly can't be said of alcohol and other drugs.”

The U.S. Centers for Disease Control and Prevention said in July that an “epidemic” of synthetic drug use has caused rising numbers of deaths and emergency room visits.

One study released earlier this year, however, found that pesticide residues on cannabis are transferred to inhaled marijuana smoke, possibly posing a “significant toxicological threat.” The study was done by The Werc Shop, an independent testing lab for medical cannabis in Pasadena, Calif., and published in the peer-reviewed Journal of Toxicology.

Marijuana can develop mold from an inadequate drying process or poor storage conditions after harvesting. It can also become tainted with E. coli and other dangerous substances by being near farm animals.

Coyle will be developing a new method for creating DNA profiles of biological contaminants found in marijuanaincluding mold, viruses, fungi and bacteria. The profiles could then be compared with DNA profiles of organisms kept in a database maintained by the National Center for Biotechnology Information — a division of the National Institutes of Health.

“What we're trying to do is put the information together in a user-friendly format,” Coyle said. “Having some better technology in place is a good thing.”

The university's work also will include identifying whether cannabis material is real marijuana or a synthetic version comprising non-marijuana herbs sprayed with THC, the compound that gets users high.

Coyle is aiming to complete the new process by next summer. What happens after that hasn't been determined. The school could patent the process and sell it for a fee to whoever wanted to use it, or could allow its use for free, she said. The school also could establish its own commercial testing lab.

The University of New Haven's work is an extension of the law enforcement-related marijuana DNA profiling the school has done over the past five years under a $100,000 grant from the federal Office of National Drug Control Policy's High Intensity Drug Trafficking Areas program. The school created a marijuana DNA profile database that has helped federal authorities determine where illegal pot growers and dealers got their product.