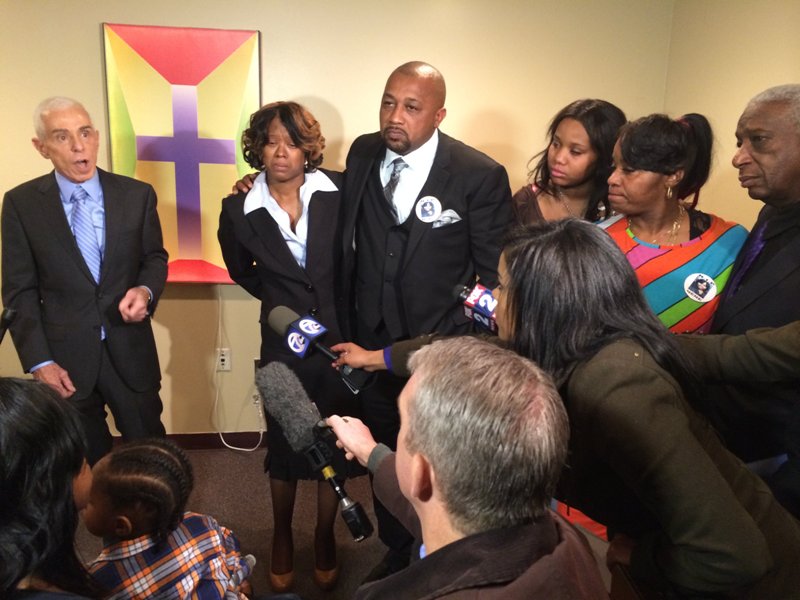 A Detroit-area man was charged with murder Friday in the shooting death of a 19-year-old woman on his porch, with prosecutors asserting he wasn't lawfully defending himself against the teen whose family claims she was looking for help after a car crash.

Theodore Paul Wafer, 54, also was charged with manslaughter and possession of a firearm in the commission of a felony in the November 2 shooting of Renisha McBride.

“I am saying we do not believe he acted in lawful self-defense,” Wayne County Prosecutor Kym Worthy told reporters Friday.

Wafer will be asked to turn himself in to authorities, and an arraignment was expected later Friday, Worthy said.

Authorities say McBride, of Detroit, drove into a parked car in the city around 1 a.m. After her death, tests determined her blood alcohol level was nearly three times the legal limit for drivers in Michigan, a toxicology report said.

Witnesses said she left on foot, bloodied and disoriented, Worthy said. McBride ended up on Wafer's porch in neighboring Dearborn Heights at least a couple hours later that morning.

Wafer told investigators that he thought McBride was breaking into his home, and that the shotgun accidentally discharged when he investigated, police said.

After 911 was called at 4:42 a.m., the unarmed McBride was found dead with large shotgun wound to her face, Worthy said.

Investigators believe Wafer, standing in his home, opened the main door and shot the gun through a closed and locked screen door, Worthy said.

Michigan law says a person has no duty to retreat in his or her own home, but to shoot someone and claim legal self-defense, the resident must reasonably believe he or she faces an imminent threat of death or great bodily harm, and must show that the use of force was needed to prevent this, Worthy said.

There was no evidence of forced entry, and this case doesn't amount to self-defense, she said.

One of Wafer's attorneys, Cheryl Carpenter, was not immediately available for comment Friday afternoon, her office said.

Another attorney representing Wafer, Carpenter's father, Mack Carpenter, said earlier this week that the death was a “tragic accident,” and that his client was “completely justified in everything he did.”

The second-degree murder charge carries a maximum sentence of life in prison. The manslaughter charge, which alleges the weapon was aimed with intent but without malice, carries a penalty of up to 15 years in prison. A conviction on the felony firearm charge would mean a mandatory two-year prison term to be served before any other sentence.

The toxicology report from the Wayne County Medical Examiner's Office said McBride's alcohol level was 0.218 percent. The legal limit for drivers in Michigan is 0.08 percent.

Worthy said her office didn't feel the toxicology report was relevant in the decision to file charges. She added she didn't believe a toxicology test was done for Wafer.