Video Obamacare: After Obama's Apology, Talk of Solutions and -- Still -- the Website 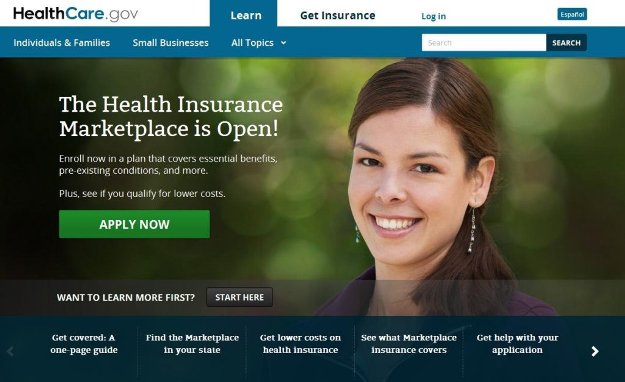 (CNN) -- President Barack Obama's apology to Americans whose health insurance plans are being canceled because of the Affordable Care Act opens the door to the question of how the problem will be fixed -- even as his administration tries to overcome the dysfunctional rollout of the website where people are supposed to be able to choose new coverage.

As the president's apology was being aired in an exclusive interview with NBC News on Tuesday, talk was in the air of new legislation in Congress and unspecified steps the president might take on his own.

Meanwhile, Secretary of Health and Human Services Kathleen Sebelius' office promised "an important announcement related to the Affordable Care Act" during a visit to Atlanta on Friday.

Here's what you need to know to get up to speed:

Insurers are sending cancellation notices to some of the 12 million Americans whose individual policies don't meet Obamacare requirements for more comprehensive care.

The law does not require cancellation of policies that were issued before the new law passed Congress in 2010. But people whose policies have changed since then must get polices that conform to the new requirements. In 2010, the Health and Human Services Department estimated that 40 percent to 67 percent of individual plans would eventually lose their "grandfathered" status.

Some insurance companies also appear to be canceling policies for other reasons, such as withdrawing from states where they have fewer subscribers.

The president contends many of the people who have received cancellation notices actually will wind up with better coverage at lower cost. But he acknowledged that's a hard sell when people are still having trouble logging onto the Obamacare website to enroll.

"Even though it's a small percentage of folks who may be disadvantaged, you know, it means a lot to them," Obama told NBC. "And it's scary to them. And I am sorry that they, you know, are finding themselves in this situation, based on assurances they got from me. We've got to work hard to make sure that they know we hear them and that we're going to do everything we can to deal with folks who find themselves in a tough position as a consequence of this. ... Obviously, we didn't do a good enough job in terms of how we crafted the law. And, you know, that's something that I regret. That's something that we're going to do everything we can to get fixed."

The president's previous comments on whether people could keep their insurance plans under Obamacare:

Last week: "If you had one of these substandard plans before the Affordable Care Act became law, and you really like that plan, you are able to keep it."

Monday: "If you have or had one of these plans before the Affordable Care Act came into law, and you really like that plan, what we said was you could keep it if it hasn't changed since the law passed."

Senior administration officials told CNN the president is seeking administrative solutions that can be implemented without approval of House Republicans who are steadfastly opposed to the entire law.

Some experts suggest one possible approach would be to ask insurers to delay the cancellation of plans and extend them into 2014 so that people are not left without insurance. That has been done in California.

House Speaker John Boehner said "the House will vote next week to allow anyone with a health care plan they like to keep it. If the President is sincerely sorry that he misled the American people, the very least he can do is support this bipartisan effort. Otherwise, this apology doesn't amount to anything."

And Senators Joe Manchin, a West Virginia Democrat, and Mark Kirk, an Illinois Republican, introduced legislation to delay by a year the tax penalty for people who choose to go without insurance and are not covered by Medicaid or other government insurance program.

The Manchin-Kirk bill would prevent any penalty before Jan. 1, 2015.

In the NBC interview, Obama reiterated the administration's line that he's "confident" a "majority of people" will be able to use the website and apply for insurance by Nov. 30.

But he added, "Given that I've been burned already with a website -- well, more importantly, the American people have been burned by a website -- that has been dysfunctional, what we've also been doing is creating a whole other set of tracks. Making sure that people can apply by phone effectively. Making sure that people can apply in person effectively. So what I'm confident about is that anybody who wants to buy health insurance through the marketplace, they are going to be able to buy it."

He did not say whether he would push back the March 31 deadline to enroll or the penalty for those who do not purchase insurance.