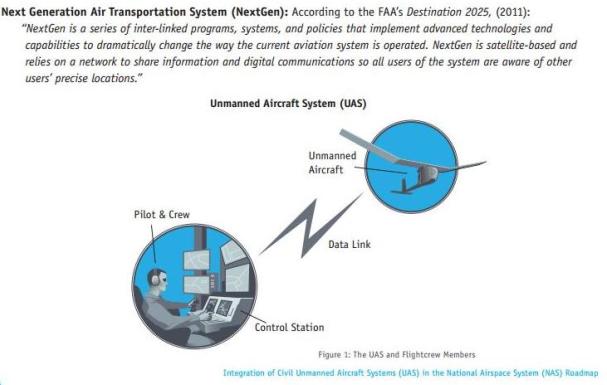 One of the documents outlines the many steps federal agencies must take; the second is a road map for the FAA itself.

Currently, the FAA approves of the use of unmanned aircraft on a case-by-case basis. They are largely limited to military airspace and the U.S. borders, along with use in special circumstances, such as reconnaissance over forest fires.

But there is a big and growing demand to use remotely piloted vehicles for private and commercial purposes.

The documents released Thursday set forth a process to increase access to airspace in the next five to 10 years, the FAA said.

"Government and industry face significant challenges as unmanned aircraft move into the aviation mainstream," Transportation Secretary Anthony Foxx said in a prepared statement. The road map "is an important step forward that will help stakeholders understand the operational goals and safety issues we need to consider when planning for the future of our airspace."

The FAA said its road map stresses that the unmanned aircraft community must understand the system is not static, and that many improvements are planned for the airspace system over the next 15 years.

Congress has ordered the FAA to select six sites in which to test the safe integration of manned and unmanned aircraft. The FAA is expected to name those sites early next year.