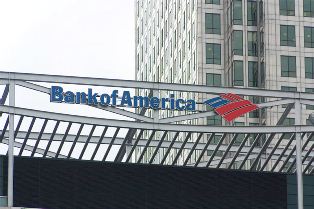 NEW YORK (CNNMoney) -- Another day, another potential lawsuit against Bank of America.

BofA revealed in a securities filing Wednesday that staff from a U.S. Attorney's office have disclosed plans to recommend that the Department of Justice file a civil lawsuit against the bank related to the packaging and sale of mortgage bonds.

Such securities played a key role in the 2008 financial crisis, failing in huge numbers as the housing market collapsed. Wall Street firms have since been deluged with lawsuits alleging that they misrepresented the quality of risky mortgages when they sold these securities.

The Justice Department already has another civil lawsuit pending against Bank of America over a mortgage bond offering that was announced in August, and the Charlotte-based firm will likely be on the hook for billions of dollars' worth of future settlements.

The news comes as rival mega-bank JPMorgan remains in talks with the DOJ and other government officials over a potential multi-billion-dollar settlement related to mortgage-backed securities. JPMorgan agreed to pay $5.1 billion to government-backed housing finance firms Fannie Mae and Freddie Mac in a related settlement last week.

Bank of America spokesman Lawrence Grayson declined to comment. The Department of Justice did not immediately respond to a request for comment.