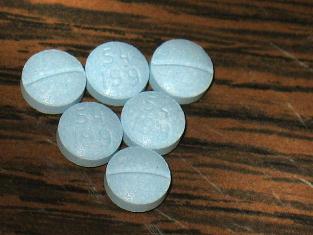 The Food and Drug Administration (FDA) is proposing new restrictions that would change regulations for some of the most commonly prescribed narcotic painkillers on the market today.

The reclassification would affect hydrocodone combination pills, also known as opioids, which combine hydrocodone with acetaminophen in drugs such as Vicodin and OxyContin.

Currently labeled as Schedule III drugs, the new classification suggestion of Schedule II would limit the number of refills patients could receive before having to follow up with their doctor.

Other drugs, such as Adderall and morphine, are also labeled as Schedule II, which is determined based on their potential for addiction, among other things.

Dr. Andrew Kolodny, president of Physicians for Responsible Opioid Prescribing, told CNN in January "When you wonder why your dentist gives you 40 hydrocodone for a toothache, or your knee doctor prescribes far more than he should, that's because they're under the impression that it's not addictive as Percocet. That's completely false."

Hydrocodone is the main ingredient in Vicodin.

In an online statement posted Thursday, the agency said it "has become increasingly concerned about the abuse and misuse of opioid products, which have sadly reached epidemic proportions in certain parts of the United States".

In the United States, a person dies every 19 minutes from a prescription drug overdose. Many of those deaths are attributed to opioids.

In September the FDA took steps to reduce painkiller abuse with new labeling regulations, which are set to take place at the end of this year.

This most recent suggestion by the FDA to the Department of Health and Human Services (HHS) is scheduled to be submitted by early December, which indicates the changes in drug classifications could go into effect early next year.

The FDA argues it did not come to this decision lightly, saying it conducted a "thorough and careful analysis of extensive scientific literature, review of hundreds of public comments on the issue, and several public meetings" in an effort to ensure that future drugs are "properly prescribed and appropriately used by the patients who need them most".