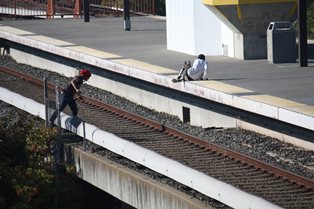 Trains are expected to be up and running sometime Tuesday -- but it wasn't immediately clear whether full service will be restored in time for the morning commute. BART warned that morning capacity may be limited.

The two sides had been negotiating a new contract for months, with little headway. Neither side released details of the tentative agreement.

"This has been a long and difficult negotiation," BART General Manager Grace Crunican said. "Our thanks to all of you in the public for your patience through this very difficult process."

The strike, which began Friday morning, was the second in three months.

Like the last one in July, this too lasted three days and 22 hours.

BART, whose system normally serves 26 communities including San Francisco and Oakland, chartered buses during the strike for highly limited but free rush-hour service.

That helped about 6,000 passengers in each direction, according to BART.

Still, that was just a fraction of the roughly 400,000 people who use the service daily.

CNN's Greg Morrison and Tina Burnside contributed to this report.