Video: Bart Workers on Strike in Bay Area Over Pay and Conditions 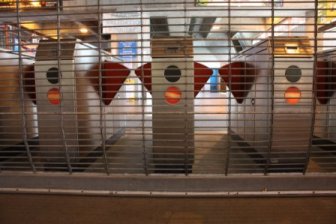 Transit workers in California's Bay Area went on strike Friday for the second time in three months -- a move that will once again hamper the commutes of thousands.

The strike -- the latest salvo in long-running contract negotiations between Bay Area Rapid Transit workers' unions and management over pay and other issues -- shuts down the nation's fifth-largest train system.

The roughly 400,000 people who use the service daily now have to seek other options, such as driving -- figuring to worsen road traffic in the densely populated area.

"I don't want to get in my car again," BART rider Kyle Brunnette, 53, told CNN affiliate KTVU this week, anticipating Friday's strike. "I think the public would have such bad blood this time around for both BART and the unions."

BART, whose system normally serves 26 cities, including San Francisco and Oakland, is chartering buses during the strike for highly limited, but free, rush-hour service. Buses will leave certain stations in the morning for direct service to San Francisco, and then will carry passengers back to those stations in the afternoon rush period.

But that will help only about 6,000 passengers in each direction, according to BART.

BART and workers' unions have been negotiating a new contract for months. Union leaders say the latest strike was called because management made a late push to change worker rules -- the framework governing issues such as how work is assigned and what shifts people can work.

This came after the unions made concessions to reach an agreement -- after six months of talks -- on wages, pensions and health care, Pete Castelli, a local executive director of the Service Employees International Union, told reporters Friday morning.

"Basically what management did was produce, in essence, a poison pill, saying, 'Great, we made this amazing progress after six months, we have an economic framework agreement. But wait, there's more. You must take this now,' " Castelli said. "At that point ... the negotiations broke down."

Castelli said he wants BART to agree to arbitration on the worker rules, but not on the whole contract. The wages and other economic issues, he said, should stand as negotiated.

BART said earlier this week that its "best and final proposal" included 3% wage raises per year for four years, as well as increases in pensions and medical coverage.

Castelli apologized to the area's commuters.

"We're very sorry. We understand that this strike -- what it does to the Bay Area riders, and we understand that it is a hardship. ... We apologize," he said. "We urge the public to contact the BART district and tell them to finish negotiating a fair deal with our union."