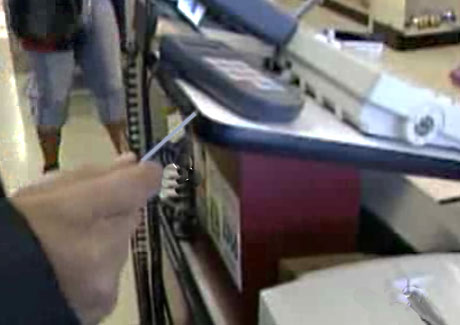 (CNN) -- A computer failure temporarily halted the processing of food stamp purchases in parts of the country Saturday.

A system shutdown began at 11 a.m. ET Saturday and affected 17 states, said a spokeswoman for Xerox -- which is a contractor for the program. By Saturday night, the issue had been resolved.

"We realize that access to these benefits is important to families in the states we serve," said spokeswoman Jennifer Wasmer. "We continue to investigate the cause of the issue so we can take steps to ensure a similar interruption does not re-occur."

The food stamp program, officially known as the Supplemental Nutrition Assistance Program, or SNAP, allows many beneficiaries to present a payment card at grocery stores. Some of those transactions were being prevented Saturday in unspecified parts of the country.

The program is administered by the Department of Agriculture. The department's public affairs staff has been furloughed and its website was not being updated Saturday because of the partial government shutdown. A phone call to the office of the department's communication director was not answered.

Officials in several states said the computer problem was unrelated to the government shutdown.

CNN affiliate KJRH-TV in Tulsa, Oklahoma, quoted Wasmer as saying the shutdown happened during a test of the company's backup systems.

She said the glitch also affected payments through the Women Infants and Children, or WIC, program.