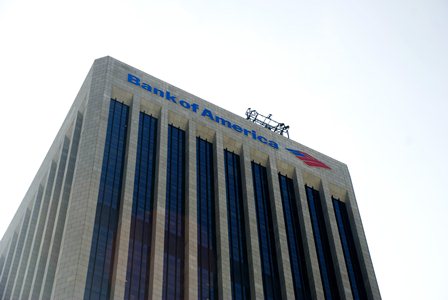 LONDON (CNNMoney) -- Bank of America has been fined $2.2 million for discriminating against black job candidates over two decades.

The U.S. Department of Labor has ordered Bank of America to pay up after finding that over 1,100 African-American job seekers faced discrimination at the company's offices in Charlotte, North Carolina, at various times between 1993 and 2005.

The money will be distributed to the former job applicants after a judge found that the bank applied "unfair and inconsistent selection criteria" which resulted in the rejection of qualified African-Americans, the department said in a statement.

In this particular case, the applicants had been hoping to secure entry-level administrative work and teller positions.

The judge overseeing the case also ordered the bank to offer jobs to 10 former applicants when appropriate positions become available.

Bank of America is reviewing the decision, a spokesperson said, adding that "diversity and inclusion" were pivotal to the bank's culture.

This ruling comes less than a month after Merrill Lynch reached a settlement to pay $160 million over a federal class action lawsuit brought by its African-American brokers in 2005. The settlement was one of the largest ever in an employment discrimination case.

Merrill Lynch is now part of Bank of America, after it was acquired in January 2009 in the middle of the financial crisis. The two cases are not related.

The Bank of America case first came to light back in 1993 when the labor department was conducting a routine compliance review. A formal complaint was filed in 1997.

"Our investigators and attorneys prevailed despite decades of stalling tactics," said labor solicitor M. Patricia Smith in a statement.