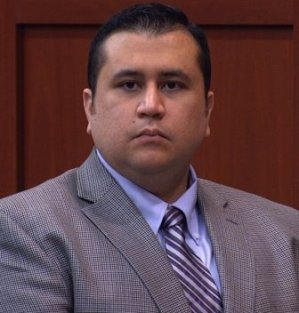 No charges will be filed in a reported confrontation between George Zimmerman and his estranged wife and her father until investigators can recover video from a smashed iPad, which could take months, police said Wednesday.

"At this point, we do not have the tools available to effectively look at the video on the iPad," Lake Mary, Florida, police spokesman Zach Hudson said. It could take weeks or months to recover imagery from the device, which sustained chip damage as well as physical breakage, he said.

Police answered a 911 call from Shellie Zimmerman on Monday afternoon, when she said her husband had threatened her and her father with a gun. Police said afterward that no weapon was involved.

Hudson said Wednesday that Shellie Zimmerman told police she used the tablet to record the confrontation. George Zimmerman broke the device, allegedly after he was hit on the back with it, Hudson said.

"At this point, we're doing everything humanly possible in investing as much as physically possible to get that video," Hudson said. But, he added, "As it stands right now, we don't see a crime."

Under Florida law, it is up to police to decide whether to press charges for domestic battery.

The incident comes two months after Zimmerman, a neighborhood watch volunteer, was acquitted of second-degree murder in the shooting death in nearby Sanford of Trayvon Martin, an unarmed 17-year-old. Shellie Zimmerman pleaded guilty to perjury on August 28 for lying about the couple's finances during a bail hearing and filed for divorce last week.


Since his acquittal on July 13, George Zimmerman has returned several times to the headlines. In late July, he helped a family escape an overturned SUV. And he has been pulled over twice. The first time, he was given a verbal warning for a traffic violation in Texas and reportedly told officers he had a firearm in his glove compartment. The second time was in Florida last week, when he was issued a $256 ticket for speeding.

Shellie Zimmerman's reference to a gun during her call to 911 is not likely to result in any charges, Hudson said Tuesday.

"Any time you have a divorce, emotions are going to run high," he said. "In this case, obviously, that was happening, and unfortunately, you had an incident. We need to find out and determine if a crime was committed during that incident."