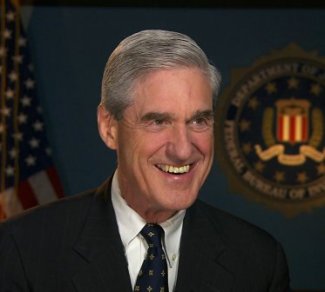 WASHINGTON -- Robert Mueller became FBI director just days before 9/11. And now, nearly 12 years later, he's preparing to step down. CNN's Joe Johns sat down with him to get his thoughts on the war on terror, cyber security, the Boston Marathon bombing, NSA snooping and the Benghazi investigation.

CNN: We're coming up on the anniversary of 9/11. We've had embassies overseas close and reopen. Are we bracing for an imminent attack?

MUELLER: I don't think so, although we have to monitor the situation very carefully. We had, the reports of the possibility of an attack on our embassies in the Middle East perhaps a month ago. We took precautions, and by that I mean the administration and the State Department. And it may well be that's been postponed. But we are monitoring the situation very carefully to determine whether that's the case. I don't think, at this particular juncture, we see an imminent attack.

CNN: Is the threat greater now than it was in past years since 9/11? Or is it about the same, has it been constant?

MUELLER: Well, I think it's changed. And there's a different landscape out there. After September 11th, you had core al Qaeda in Pakistan and Afghanistan with (Osama) bin Laden. Bin Laden was killed. You have al Qaeda growing in countries like Somalia, but most particularly in Yemen. And there's still substantial threat out of Yemen. And now you have the countries in the Arab Spring: Tunisia, Libya, Syria, Mali; Egypt most recently, where they're breeding grounds for radical extremists who may not stay there, but may present an attack. And, finally, you have, within the United States, the growth of homegrown, radicalized extremists who are radicalized on the Internet and then get their instructions for developing explosives on the Internet, as well.

MUELLER: I think there's a good chance we would have prevented at least a part of 9/11. In other words, there were four planes. There were almost 20 -- 19 persons involved. I think we would have had a much better chance of identifying those individuals who were contemplating that attack.

CNN: By this mass collection of information?

MUELLER: By the various programs that have been put in place since then. ... It's both the programs (under the Patriot Act) but also the ability to share the information that has made such dramatic change in our ability to identify and stop plots.

CNN: One of the great controversies in this country right now is about drones, the use of domestic drones. Do you foresee the day when the United States arms drones to take out individuals who are posing threats to Americans on American soil?

CNN: You would rule it out?

MUELLER: I do not see that day. And I will tell you that as well when you talk about (Unmanned Aerial Vehicles) and there's been some discussion recently about the FBI's use of it. We have used it a handful of times to provide surveillance in tactical situations where we, for instance, have a hostage rescue operation undergoing and for very narrow tactical purposes in limited situations.

CNN: Do you foresee the day when most Americans are surveilled by drones at one time or another?

CNN: The attorney general has even suggested that it would be legal to take somebody out with a drone if they were posing a threat to America.

MUELLER: I'm not familiar with that comment, but I don't see that happening. ... There are a number of ways of accomplishing what you need to accomplish, whether it be in the law enforcement arena or in the national security arena, without resorting to that.

CNN: Are we in the day where Big Brother is now present in Americans' lives?

MUELLER: I wouldn't go so far as to say that at all. No. I would think of the programs (that) have come under scrutiny recently are designed to pick up, for the most part, metadata or to that extent that there is more than metadata, you have to do it by court order. And they're tailored to do that. And the other point I would make, is we are the one country that has a court that has a role of overseer of these programs. If you go to just about any other country in the world, it is the attorney general of that country that has a right to sign a sheet of paper and do the interception. We have inspector general oversight. We have the oversight conducted by the FISA court. We have Congress, the administration. We've got privacy advocates in each of our institutions. And so I do believe that there is a fulsome oversight capability.

CNN: We've given up some civil liberties, though, since 2011. Do you agree?

MUELLER: Well, I would query about what do you mean in terms of civil liberties. ... Do we exchange information in ways we did not before? Absolutely. You can say that that is a -- to the extent that you exchange information between CIA, FBI, NSA and the like -- you could characterize that as somehow giving up liberties. But the fact of the matter is, it's understandable and absolutely necessary if you want to protect the security of the United States.

CNN: How safer, though, has it really made us?

CNN: There has been a Boston bombing, though.

MUELLER: The number of plots that we have disrupted would be in the dozens, and not just disrupted here but disrupted overseas. The ability now to work and exchange information with the CIA, with NSA, with our counterparts in the intelligence services and law enforcement entities overseas has grown substantially. And that makes us all safer.

CNN: Do you think the government botched the Edward Snowden (matter), letting him slip out of the country?

MUELLER: Well, I mean I don't think there was any opportunity to -- that would -- you would look back and say look, 'we botched something like that.' No. I don't think that's accurate at all.

CNN: What about just detecting what he was doing?

MUELLER: I think you will see, without getting into the details, ourselves, the NSA and others, are putting into place measures that would perhaps stop an individual such as this, in the future, undertaking the same activity.

CNN: How much of a hero do you think he is? Has he done anything useful here?

MUELLER: I'm not going to comment on it. All I will tell you is that there are outstanding charges and our expectation is that he can and should be brought to justice.

CNN: You talk a lot about the cyber threat.

MUELLER: A cyber attack would be devastating, on the financial institutions, for instance. ... It could be hospitals, it could be infrastructure, it could be the energy infrastructure. But now we are aware of these potential targets and DHS, ourselves, the NSA, DOD, are all making preparations to prevent that from happening. But an attack will probably slip through at some point in time.

CNN: Do you think the Benghazi investigation was a failure?

MUELLER: No, absolutely not.

CNN: Getting people on the ground so late.

MUELLER: No, no, no, no, no, no. It's not a failure. ... It's a unique situation. I'm not going to tell you it's not, because it is a unique situation and very difficult for us to operate. .. When we had these African bombings of those embassies, we had an intelligence service in there that helped us. We had law enforcement agencies that helped us. We had access. In Libya, you have a government that does not control most of Libya, or a good portion of Libya. And consequently, the ambassador, the State Department, ourselves -- were pushing to get in there at the earliest possible moment. And that ended up being a couple of weeks down the road. But that does not mean that we have not very thoroughly investigated that and are continuing to investigate it. And I do believe the persons responsible will be brought to justice.

CNN: Can you predict when?

CNN: The Boston bombing? Do you think the FBI did everything it could and do you think there's any fix in the way situations like that are handled so that you might be able to prevent something like that from happening?

MUELLER: We got notice from the Russians who looked at this particular individual and the agent who received that on the Joint Terrorism Task Force did a very thorough job in following up that. He ran all the -- all of the traces. (Went) to the college that he had attended (and) interviewed the parents and ultimately interviewed him and could not find any basis to do a further in -- investigation. So I think we did follow up on that.

CNN: Now, in the context of the Joint Terrorism Task Force, are there other things that perhaps could be done?

CNN: Do I think it would have made any difference?

Probably not. It's all speculation. ... We are pretty good at what we do at this point. And so in the future, it may be if you have other attacks, that person may have been on our radar screen. But everybody who comes on our radar screen, we cannot investigate, indict and prosecute.

CNN: What could have been done? Could you have gone to the Russians and been more forceful in asking for more information?

CNN: Would there have been any other things you could have followed up that you didn't?