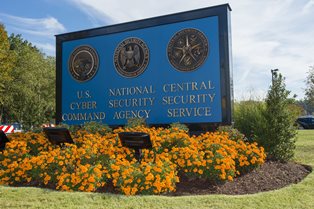 WASHINGTON (CNN) -- The Obama administration on Wednesday declassified opinions from a secret court that oversees government surveillance showing the National Security Agency was broadly collecting domestic Internet communications of Americans and misrepresenting the scope of that effort to the court.

The three opinions include one from October 2011 by U.S. District Judge John Bates, who scolded government lawyers that the NSA had, for the third time in less than three years, belatedly acknowledged it was collecting more data than it was legally allowed to.

"NSA acquires valuable information through its upstream collection, but not without substantial intrusions on Fourth Amendment protected interests," Bates wrote.

The focus of the opinion was the government's admission that for three years, under its authority to monitor foreign communications, it had been collecting information beyond what it gets from Internet service providers, and included data that was entirely domestic.

The Foreign Intelligence Surveillance Court estimated the mistaken collection of domestic data, including e-mails and other Internet activity of Americans, totaled 58,000 communications a year.

The NSA said the collection was a mistake that went beyond its authority under Section 702 of the Patriot Act.

"This was a situation where there was technological problem that could not be avoided, rather than any overreach" by the NSA, according to a senior intelligence official who spoke with reporters about the matter.

The other FISA Court opinions from November 2011 and September 2012 covered NSA steps to fix errors it made in over-collecting data and to purge data it shouldn't have collected. Those rulings indicated that the matter had been resolved.

The overall issue, the intelligence official said, was immediately raised with the court.

"The FISA court probed deeply and thoroughly into the issue. The government took strong appropriate steps to remedy the problem, and the court determined it had remedied and that the collection could continue," according to the official who did not speak for attribution.

"This is not an egregious overreaching by a greedy agency seeking to spy on Americans," the official added.

The administration also released documents provided to Congress to persuade lawmakers to reauthorize its surveillance authorities.

The agency has come under pressure from lawmakers of both parties over the sweeping nature of its secret data collection, most recently surveillance that captures telephone metadata related to communications to and from the United States.

That program and the one addressed in the document release on Wednesday were brought to public light through leaks to media outlets by former NSA contractor Edward Snowden, who fled the United States and is now in Russia under temporary asylum. He faces espionage charges.

Their exposure also has generated concern from privacy groups and libertarians.

"Today's release of documents by the Director of National Intelligence begins to appropriately draw back the curtain on the secret law of government surveillance, and they also underscore the need for increased oversight and stronger protections for Americans' privacy," he said in a statement.

Leahy is planning a hearing in coming weeks on the document release.

In 2008, the NSA began collecting what it called "upstream" communications, essentially information that travels across the Internet, separate from the what it receives from Internet service providers that filter data to respond to agency requests.

The NSA is supposed to be targeting foreign communications, such as e-mail addresses it believes relate to foreign intelligence, that have to do with potential terrorism investigations.

The NSA said it made mistakes because of the way data was collected. It couldn't separate information that was entirely domestic.

Government lawyers won approval from the court after making changes and later deleted years of data because some of it couldn't be separated from domestic communications.