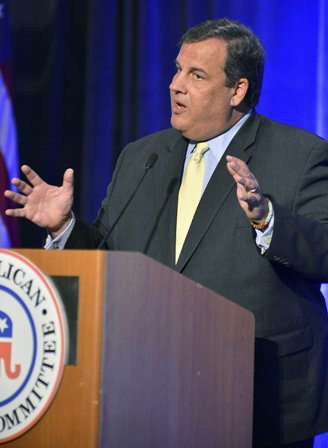 New Jersey's decision to outlaw gay conversion therapy will not only be looked upon as another major step in gay rights, but it will also be viewed through the prism of the 2016 race for the White House.

Christie, a centrist Republican, is considered a leading candidate for his party's presidential nomination, and his decision to outlaw the practice for children under the age of 18 is likely to be viewed negatively by some social conservatives.

In explaining his decision to ban gay conversion therapy for minors, Christie is expected to emphasize that while he is wary of the "government limiting parental choice on the care and treatment of their own children," on this particular issue he sided with the experts. The New Jersey senate passed the legislation in late July, but as with any legislation, it ultimately requires Christie's final approval.

"The American Psychological Association has found that efforts to change sexual orientations can pose critical health risks including, but not limited to, depression, substance abuse, social withdrawal, decreased self-esteem and suicidal thoughts," Christie will say in his signing statement, according to an advanced copy provided to CNN. "I believe that exposing children to these health risks without clear evidence of benefits that outweigh these serious risks is not appropriate."

A Catholic, Christie in the past has stated his opposition to gay conversion therapy and in a June 2011 interview on CNN said he did not think homosexuality is a sin.

"Well, my religion says it's a sin," Christie said on 'Piers Morgan Tonight.' "But for me, I don't. I've always believed that people are born with the predisposition to be homosexual. And so, I think if someone is born that way, it's very difficult to say then that that's a sin. But I understand that my church says that. But for me personally, I don' t look upon someone who is homosexual as a sinner."

California passed a similar law in 2012 outlawing gay conversion therapy for minors, but supporters of the practice charged that it infringed on their First Amendment rights, and it is being challenged in federal appeals court.

Last month, Exodus International, an organization dedicated to helping people change their sexual orientation from to gay to heterosexual, closed its doors and issued an apology for the hurt it has caused people.

Gay conversion therapy is the latest high-profile legislation that Christie has addressed in recent days, the others dealing with medical marijuana and his veto of a bill that would ban certain guns. Christie is seeking re-election in November and public polling shows that he should easily win a second term.