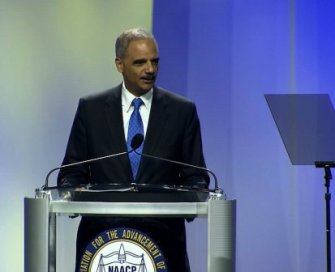 One million people have so far signed online petitions by the NAACP and MoveOn.org calling for federal civil rights charges against George Zimmerman in the shooting death of Florida teenager Trayvon Martin.

Three days after Zimmerman was found not guilty of second degree murder or manslaughter after a February 2012 confrontation with Martin, thousands have taken to the streets and the digital highways to call for federal action.

"The most fundamental of civil rights -- the right to life -- was violated the night George Zimmerman stalked and then took the life of Trayvon Martin," the petition reads on the NAACP's website. "We ask that the Department of Justice file civil rights charges against Mr. Zimmerman for this egregious violation."

Supporters of the petitions, which went online shortly after the verdict Saturday night, argue that Zimmerman pursued and confronted Martin specifically because the teenager was black.

The only juror of the six-member, all-woman panel to come forward so far after the verdict has said she did not feel race played a part in the confrontation.

To succeed, civil rights charges against Zimmerman would have to meet a very high burden of proof in showing that he racially profiled Martin.

The Department of Justice first considered the case last year. At the time, Attorney General Eric Holder said "for a federal hate crime, we have to prove the highest standard in the law."

Now, petitioners on MoveOn.org and the NAACP's website want Holder to take another look.

"The support our petition has received shows the mindset of the American public, who are tired of a system of justice that allows for appalling verdicts like the one we saw on Saturday," Roslyn M. Brock, chairman of the NAACP National Board of Directors, said in a statement.

The number of petitioners is not available online, and results have been reported in statements from the NAACP. The one million number comes from a combination of the two petitions. A separate petition on the White House's website has so far amassed 25,000 signatures, a quarter of the 100,000 signatures it would need to get a response.

Holder has indicated that he is watching. The Justice Department will "continue to act in a manner that is consistent with the facts and the law," he said in a speech in Washington Monday, examining what he called "the tragic, unnecessary shooting death of Trayvon Martin."

While commentators on both sides of the political spectrum have weighed in freely on whether or not additional legal action should be pursued against Zimmerman, President Barack Obama has not commented on potential federal charges.

White House Press Secretary Jay Carney told reporters Monday that the decision to prosecute Zimmerman "is not something the president involves himself in," he said. Obama "has no opinion to express about the disposition about how the Justice Department will look at this."