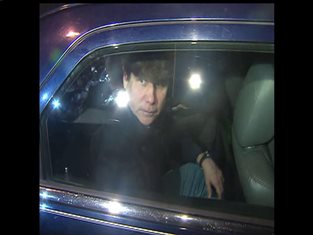 (CNN) -- Lawyers for imprisoned former Illinois Gov. Rod Blagojevich say in an appeal that his jury wasn't told the difference between bribery and legal political deals.

Blagojevich began serving a 14-year sentence in March 2012. He was convicted in federal court of 18 criminal counts, including the attempted "sale" of the appointment he was entitled to make to fill the Senate seat vacated by President Obama's 2008 election to the presidency.

The appeal, filed Monday with the 7th U.S. Circuit Court of Appeals, said the trial judge failed to explain to jurors that "political deal-making" can be legal and "misled the jury by failing to explain the legal distinction between campaign contributions and bribes."

Other arguments in the appeal included a claim that defense lawyers were not allowed to point out potential biases of government witnesses.

The jury convicted him in June 2011. He is now in a federal prison near Denver.

Prosecutors said court-authorized wiretaps caught Blagojevich offering Obama's Senate seat in exchange for personal gain, including a job with a nonprofit or union organization, corporate board posts for his wife, campaign contributions or a post in Obama's administration.

The flamboyant former governor professed his innocence and denounced prosecutors in public appearances, including on Donald Trump's show "Celebrity Apprentice." He promised a dramatic showdown when he testified. But ultimately, he decided not to take the witness stand.