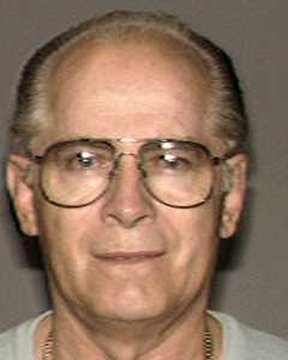 A federal jury on Tuesday heard the voice of reputed Boston mob boss James "Whitey" Bulger in conversations recorded during visits by his family members since his incarceration in 2011.

Bulger, who had only been heard uttering choice expletives and inappropriate laughter during trial so far, can be heard imitating a machine gun while describing the death of a Dorchester bartender, who he is charged with killing along with 18 others.

"Bull Dog's was uh -- Eddie Connors ... the guy in the phone booth ... pa pa pa pa pow," Bulger says, laughing with his niece and nephew, the son and daughter of his brother William Bulger, who was president of the Massachusetts State Senate for 17 years.

Prosecutors allege Bulger killed Connors in a phone booth in 1975 for running his mouth about Bulger and his "Winter Hill Gang" killing another Charlestown gangster.

Karen Smith, who testified earlier about the last time she saw Conners, her father -- who she said used to come home for dinner and put her and her brother to bed every night -- was sobbing in her seat in the courtroom when the audio was played.

Bulger did not implicate himself as the killer in the partially transcribed phone conversation of a visit on October 13, 2012. He said, "They threw my name in the mix," likely referring to others placing the blame on him. "As usual," his nephew responded. "But that is what happened," Bulger said to his niece and nephew.

In another audio recording, Bulger described a run-in with potential robbers at the liquor store he and his partners allegedly used as an "office."

"So I picked up a shotgun and I'm aimin' it at them and the guy looked up and oh...," Bulger said to his brother John Bulger.

"And I put one in the chamber like, ptwwww -- and he looked up and I'm aimin' and he says to the other guy, he says, 'Hey, (Bulger laughs) a bag of peanuts please.' "

"We were lucky they didn't try to do nothing," Bulger told his brother during this December 11, 2012, visit.

The prosecution has been trying to prove Bulger is guilty of 19 murder charges, as well as extortion, racketeering and money laundering. The trial entered its 15th day Tuesday, and will resume Monday after a long holiday weekend. The prosecution has called more than 30 witnesses and could call as many as 80 before the defense is given an opportunity to make its case. Judge Denise Casper advised jurors on Tuesday that court is likely to go into September.

William "Billy" Shea was also called to the stand.

Shea said he sold drugs for Bulger and gave him a "chop," or piece of the profit, during the reign of Bulger's South Boston empire, which prosecutor's say lasted nearly 20 years. Shea also described how he and Bulger cultivated a friendship and a business together, often pointing to "Jim," and referring to him during his storytelling, as if they were telling it together.

At one point, Shea was asked to describe how much money he was making at the height of his drug selling, when he was paying Bulger a cut of $4,000 a week. "It was brisk, a good weekly take. I would say plus 100-thousand or more every week. I'm thinking Jim's looking at me saying this son of a bitch got that much money and I only got that end ... I don't know!" Bulger laughed, as did the courtroom.

Shea said he sold "gangster" weed and later partnered with Joseph Tower to sell cocaine. The jury, and the courtroom, appeared captivated by his storytelling.

When Shea was asked to identify Bulger, he pointed at him and said, "He is that young fella right there," and Bulger returned his old friend's smile.

Shea, like the other associates, painted Bulger as their insurance, the "protection" they needed to do business and not be bothered. Both Tower and Shea have testified that Bulger helped them when they most needed it. Tower said Bulger saved his brother's life. Tower said Tuesday, "Bulger was well known and well feared -- If you were with Mr. Bulger you could operate, you didn't need the police." Both Shea and Tower are testifying under immunity agreements with the federal government.

Shea told the jury that Bulger got upset with him when Shea indicated he wanted to leave the business. When Shea said he began reconciling with his old friend, it was as if no one was in the courtroom but the two of them.

"It was the first time you ever threatened me. I am sure you remember it. I do. You said, 'You remember what happened to Bucky Barrett?' I understood it to be what it meant. Bucky Barrett is someone who is missing. I took it as a threat," Shea said to Bulger, who was sitting no more than five feet in front of him. Bulger is charged with the murder of Arthur "Bucky" Barrett after allegedly shaking him down for money after a bank robbery.

Then it seemed Shea remembered he was in court and said, "It changed my perception of Jim just like that. I am looking at a guy who I thought I knew for many years, and he is saying you will do what I say or I'll whack you, basically."

Shea said shortly after that, Bulger and his associates picked Shea up and took him to the South Boston projects, where Bulger led him into a cellar to "frighten me or whack me." Shea said Bulger just wanted to talk about "trust." Shea said he had his back to the concrete on the lookout for the associates, who he thought were going to come down the steps to the cellar and "make" him. Shea said Bulger was also questioning him about "skimming" the drugs to set up a side business, but Shea said he "hadn't seen the product in years," adding "that's what Jim taught me, to always have buffers."

Shea said about Bulger, "I have always feared him a little bit because I know he's smart and clever. I am thinking if he makes a move..." and then Shea looked at Bulger. "You make a move, you are going with me, Jim. That's what was going through my head."

Shea said Bulger didn't want any loose ends, and Shea assured him he didn't rat out Bulger when he was arrested in 1983 on drug trafficking charges, and he wasn't going to do it once he backed out of the business. The men finished their conversation and Bulger offered Shea a ride home, but Shea opted to walk, he said.

Shea was with his 4-year-old son when he bumped into Bulger on a snowy night a month later. Shea said Bulger immediately told him, "Bill, we are just here by chance," in an effort to ease his nerves. Shea said he hadn't seen Bulger since then until Tuesday.