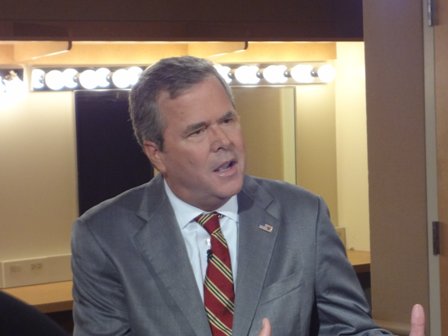 The Republican reiterated his stance that immigration reform needs to be tailored to boost the ratio of visas issued for skilled workers and reduce those granted for family members beyond spouses and minor children.

"Family preferences crowd out the work-based immigration this country needs," he co-wrote in an op-ed for The Wall Street Journal with Clint Bolick, vice president for litigation at the Goldwater Institute.

The authors chided rules that force foreign students to leave after graduating, rather than staying and contributing to the U.S. economy. "In both high- and low-skilled industries, the actual alternative to importing workers is not hiring more Americans but exporting jobs."

Last week the Senate passed a bipartisan bill, which includes a pathway to citizenship for most of the country's 11 million undocumented workers and tightens border security, in a 68-32 vote. About a third of Republicans supported the measure.

Criticizing the pathway to citizenship provision and what they consider a weak border security timeline, top House Republicans have firmly said they have no plans to take up the bill but will craft their own legislation instead.

Bush and Bolick, however, said the Senate bill covers most of the "flaws in the current system" and does not "provide amnesty" or a "pardon."

"Overall, the bill satisfies a criterion that is essential to the rule of law: It makes it easier to immigrate legally than illegally," they wrote.

But the House can make some improvements, they added, including border security "triggers" that must be in place before undocumented workers can start gaining legal status--an idea that has acceptance among many conservative Republicans. Legislation should also strengthen civics education, they proposed.

"New citizens should be required not only to learn English but to fully understand the nature and workings of our democratic and free-enterprise systems," they wrote.

Bush, considered by some as a potential 2016 presidential contender, has long been an advocate for immigration reform. Speaking publicly about the issue last month, he made headlines for an inarticulate reference to immigrants' fertility rates, saying immigrants were "more fertile" and thus a great benefit to American society.