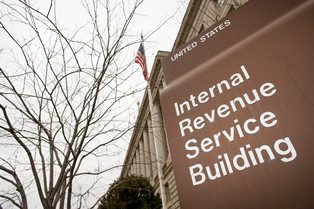 WASHINGTON (CNN) -- The former head of the IRS said Tuesday that he was aware of some aspects of his agency's targeting of conservative groups in the spring of 2012, and took what he called the correct action of ensuring the situation would be independently reviewed.

However, Douglas Shulman denied full awareness of what was happening at the time, saying subordinates failed to inform him of the details.

"I agree that this was an issue that when someone spotted it, they should have run it up the chain," said Shulman, whose tenure as IRS commissioner coincided with the controversial targeting. "Why they didn't, I don't know."

Shulman was one of three witnesses who appeared under oath before the Senate Finance Committee at the second congressional hearing on the practice condemned by President Barack Obama and leaders of both parties.

Republicans contend the controversy is part of a pattern of a White House gone wild, while Democrats insist that what happened -- while unacceptable -- was initiated within the IRS instead of being a practice called for or supported by Obama.

Shulman said he properly notified the appropriate Treasury inspector general about the problem when he learned that IRS workers were categorizing groups seeking tax-exempt status according to criteria including whether they had "tea party" in their name.

His statement drew angry responses from members of the Senate panel.

Shulman replied he didn't know anything about it at that time.

"If you don't know, it sounds like somebody wasn't doing his job," Baucus shot back, calling the agency's response and the continued improper practices "outrageous."

Baucus also asked Shulman what it was about the IRS culture that allowed the situation to happen in the first place.

Shulman responded that he left his post six months ago, adding: "I don't think I can answer that question."

"You certainly have more thoughts than that," Baucus said.

When questioned by GOP Sen. Orrin Hatch of Utah, Shulman said he was unaware of the "full set of facts" about what happened in his agency until the inspector general's report was made public on May 14.

However, he said that "some time in the spring of 2012," he was made aware that a list was being used to determine the scrutiny of groups seeking tax-exempt status and that the name "tea party" was one of the criterion.

"I didn't know the scope and the severity of this," Shulman said, adding that he took "at the time what I thought was the proper step" by making sure the inspector general looked into the matter.

Other Republicans took objection with another IRS official, the outgoing current commissioner Steven Miller, who said the targeting was wrong and a mistake, but not deliberate political targeting.

"There was political targeting here. I don't think there's any way to deny that," declared GOP Sen. John Thune of South Dakota.

Under tough questioning by another Republican, Sen. John Cornyn of Texas, Shulman said he regretted what happened on his watch but refused to take personal responsibility for it.

"I certainly am not personally responsible for creating a list that had improper criteria on it," he said.

New details emerged Monday of what the White House knew about the controversy, with spokesman Jay Carney disclosing Chief of Staff Denis McDonough was among the top officials made aware of the matter late last month.

In a new timeline provided by Carney to reporters, General Counsel Kathryn Ruemmler learned on April 24 of a pending Treasury inspector general's report on how IRS staff used criteria that targeted some conservative groups in assessing eligibility for tax-exempt status.

According to Carney, Ruemmler told McDonough as well as other Treasury officials about the pending report. It was the first time the White House acknowledged that McDonough was aware of the report before it became public in early May.

In addition, Carney made clear that the information Ruemmler received on April 24 included details of improper acts by IRS officials.

At the same time, Carney emphasized that the information was preliminary and could have changed before the inspector general released his final report on May 14.

Carney insisted no one -- including Ruemmler and McDonough -- told Obama anything about the inspector general's pending report before media reports about it began appearing on May 10.

Baucus and Hatch sent a letter to the IRS on Monday seeking an exhaustive list of information about the case as part of a full investigation by their committee of the issue. A third congressional hearing on the matter is set for Wednesday -- this time by the House Oversight Committee -- following a House Ways and Means Committee hearing last Friday and Tuesday's Senate Finance Committee hearing.

A Northern California tea party group has filed the first lawsuit against the U.S. government stemming from the IRS targeting. The group, NorCal Tea Party Patriots, alleged violations under the Privacy Act as well as violations of its constitutional rights guaranteeing free expression and equal protection under the law.

At Tuesday's hearing, senators from both parties worried that the controversy destroyed public trust in the IRS and wondered how the improper acts could have continued for so long without detection or correction.

J. Russell George, the Treasury inspector general who wrote the report on the targeting, explained that his mission was to conduct an audit that would examine if wrongdoing occurred, rather than to necessarily identify who was responsible.

George said further examination of the case would take place.

In addition, Carney said, the misconduct had stopped in May 2012, almost a year before Ruemmler or anyone else at the White House was told of it by anyone at Treasury.

Miller denied deliberate discrimination for the targeting cited by the inspector general's report, calling the acts "foolish mistakes" made by overworked staffers struggling to enforce unclear regulations involving what political activity is permissible by tax-exempt groups.

"We are down a billion dollars over the last couple of years, the IRS is, and that's caused us to cut training in some areas," he said, adding that the agency deals with 70,000 applications for tax-exempt status. "Do we have the resources to get the job done. I don't believe we do at this point."

Democratic senators also focused on the ambiguity in the tax code and IRS regulations on the matter, saying the tax code needs to be altered. Republicans also called for tax code reforms, but with the goal of slashing the responsibilities of the agency as part of the party's longstanding push for smaller government and a reduced taxing authority.

According to the inspector general's report, the IRS developed and followed a faulty policy to determine whether the applicants were engaged in political activities, which would disqualify the groups from receiving tax-exempt status.

The controversial move began in early 2010 and continued for more than 18 months, the report said, declaring that "the IRS used inappropriate criteria that identified for review Tea Party and other organizations applying for tax-exempt status based upon their names or policy positions instead of indications of potential political campaign intervention."

The conservative groups complain their requests were delayed for months or even years through the review process, which is intended to prevent ineligible political groups from getting tax-exempt status. Miller testified Friday that determining the political nature of groups was one of the hardest tasks of IRS officers responsible for assessing requests for tax exempt status.

The investigation by the Treasury inspector general for tax administration was initiated after congressional complaints began to surface in the media in 2012 that the IRS was targeting conservative groups and holding up applications.

In a written response included in the report, the IRS commissioner of the Tax Exempt and Government Entities Division said there was no criminal behavior behind the actions of the agents, but rather inefficient management.

Obama called practices described by the inspector general outrageous and forced Miller's resignation. In addition, the commissioner of the IRS Tax Exempt and Government Entities Division also announced his retirement Thursday. Joseph Grant will leave in June, according to an internal IRS memo provided to CNN. Miller also is scheduled to exit then.

Obama has appointed Danny Werfel, a White House budget office official who has served in both Democratic and Republican administrations, to succeed Miller through the end of the fiscal year on September 30.