Video: First Lady Will Head to Boston for Democratic Fundraiser 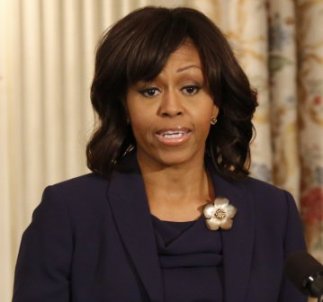 Rep. Ed Markey, who became the Democratic nominee for U.S. Senate in Massachusetts earlier this week, will get a boost later this month from first lady Michelle Obama, who will travel to the state for a fundraising event.

The event on May 29, reported first by the Boston Globe and confirmed to CNN by a Democratic official, will mark Michelle Obama's first solo fundraising event since last year's presidential election. Tickets for the event start at $500, the official said.

The first lady attended a fundraising event for the Democratic National Committee alongside President Barack Obama last week in Texas.

The Globe, which received a copy of an invitation to the event, reported it would take place at the Taj Hotel, overlooking Boston's Public Garden.

Markey and Gomez will compete in the special election on June 25. The victor will fill the seat vacated by longtime Democratic Sen. John Kerry earlier this year when he was confirmed as U.S. secretary of state. In the meantime, Democratic Gov. Deval Patrick has appointed William "Mo" Cowan to serve as interim senator.