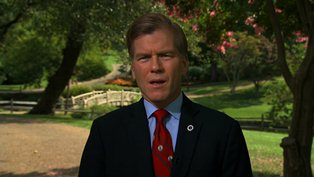 (CNN) -- Virginia's Gov. Bob McDonnell said Tuesday his personal relationship with a top donor had not affected any government decisions, and that a federal investigation into the relationship would not affect his ability to govern the commonwealth.

His remarks came after reports the FBI is probing ties between the Republican governor and a top campaign donor who paid for catering at McDonnell's daughter's wedding.

The Washington Post reported late Monday that agents were investigating gifts provided to the McDonnells by Jonnie Williams, the chief executive of Star Scientific. They were also determining whether McDonnell had taken any government actions that would have benefited the company.

Acknowledging there was much he wanted to say but couldn't due to the ongoing investigation, McDonnell said there was "nothing going on at all at this time that impairs by ability to do a good job and serve the people of Virginia."

"I've been blessed to have a lot of friends," McDonnell continued on WTOP radio. "Mr. Williams and his wife Celeste have been family friends for four or five years. I think it's important the people of Virginia know that nothing has been done with regard to my relationship to Mr. Williams or his company Star Scientific, to give any kind of special benefits to him or his company, or frankly any other person or any other company."

Star Scientific produces an anti-inflammatory dietary supplement called Anatabloc. The Post reported that McDonnell and his wife hosted a launch party for the product at the Virginia governor's mansion in Richmond in 2011.