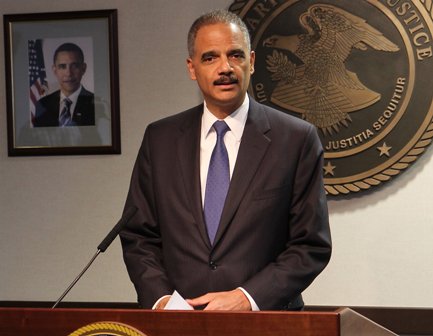 WASHINGTON (CNN) -- Thousands of Department of Justice employees can breathe a little easier after learning they won't be furloughed due to forced budget cuts, but that assurance is good only until October 1, when a new fiscal year begins for the federal government.

Employees were expected to be furloughed as many as 14 days when across-the-board budget cuts went into effect earlier this year after the White House and Congress couldn't agree on another way to reduce the deficit.

Holder said he can avoid furloughing workers for now because of new budget authority granted at the end of March and because he has moved some funds from different programs to be able to pay employees.

But Holder said the more than $1.6 billion in cuts affecting various government agencies will still hurt the Justice Department because he has had to cut contract spending and training and won't be able to fill open jobs because of a hiring freeze.

According to Holder, "furloughs are a distinct possibility" when the new fiscal year begins.

Rep. Frank Wolf, the Virginia Republican who chairs the House Appropriations subcommittee that oversees Justice Department funding, sent a letter to Holder on Wednesday saying he could transfer funds to avoid the furloughs. But Wolf said if the department had not purchased Thomson prison "those resources would have been available to cushion the impact" of forced budget cuts.

In 2012, the government bought the prison from the state of Illinois for $165 million. Many Republicans opposed the purchase and worried the administration would move Guantanamo detainees to that facility. Holder made assurances that would not happen.

Holder quickly sent a letter back to Wolf saying the prison purchase was not made with money needed to run the department.