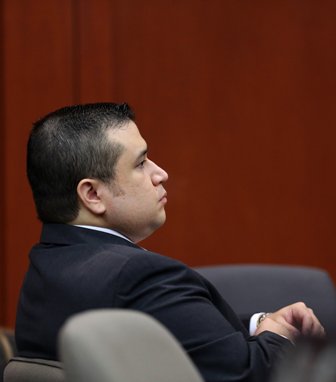 (CNN) -- In a scathing letter released on the anniversary of George Zimmerman's arrest in Trayvon Martin's shooting death, Zimmerman's mother writes that her son was charged "solely to placate the masses," and that the news media helped pass on a false narrative against an innocent man.

"April 11, 2012, will be forever remembered by the Zimmerman family as the day the justice system failed us as Americans, and as a consequence an innocent man was arrested for a crime he did not commit, solely to placate the masses," Gladys Zimmerman wrote.

Zimmerman is awaiting trial, charged with second-degree murder in Martin's death. He claims he shot Martin in self-defense after Zimmerman saw the teenager acting suspiciously in the neighborhood.

Attorneys for Martin's family have accused Zimmerman of racially profiling the 17-year-old and shooting him "in cold blood."

Gladys Zimmerman's letter is critical of those attorneys, claiming they manipulated "perception in order to sway the 'court of public opinion.'" She contends that a vast amount of evidence released since the shooting supports her son's self-defense claim, but most media outlets have avoided its publication and turned him into a "mythological monster."

Addressing supporters, Gladys Zimmerman wrote about her son's trial, set for June: "My son has always told the truth and your trust is well-placed. The upcoming trial will not disappoint you."

CNN's Jason Hanna and AnneClaire Stapleton contributed to this report.