Death threats have been called into the office of a Democratic congresswoman after she proposed legislation requiring gun owners obtain liability insurance.

Rep. Carolyn Maloney, D-New York, said in a statement the calls were received in her New York office Tuesday "by young interns, who were understandably shaken by this experience." 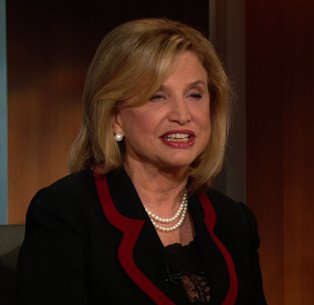 "Given all the acts of gun violence we have seen in the past two years, the shootings in Aurora and Newtown, the attack on my friend and colleague Gabby Gifford, I take the threat of more gun violence very seriously. But it is not something that I will allow to stop me from doing my work," Maloney continued, adding that members of law enforcement were investigating the calls.

The New York Democrat introduced a bill in March requiring Americans to obtain liability insurance before purchasing firearms. A fine of $10,000 would be charged if gun owners do not purchase the required coverage. Maloney's bill exempts military service members and law enforcement officers.

"I am proud of my work to help curb gun violence," Maloney wrote Wednesday. "I strongly support the comprehensive package of gun reforms proposed by the Obama Administration and I have authored two common sense pieces of legislation aimed at keeping our communities safer."

CNN's Alan Silverleib and Kevin Liptak contributed to this report