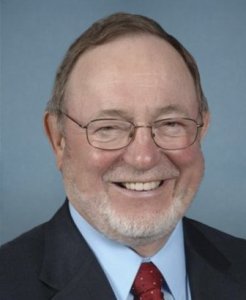 (CNN) -- With the GOP actively working to reshape its image, it didn't take long for top Republicans to blast one of their own, Rep. Don Young, for using the derogatory term "wetbacks" in describing migrant workers from Mexico.

The longtime congressman from Alaska attempted to explain why he used the ethnic slur, but he's nevertheless seeing little mercy from some of the biggest voices in the GOP.

In perhaps one of the most forceful reactions, House Speaker John Boehner called for the congressman, who's now serving his 21st term, to apologize.

"Congressman Young's remarks were offensive and beneath the dignity of the office he holds. I don't care why he said it -- there's no excuse and it warrants an immediate apology," he said.

Young, Alaska's sole congressman, originally made the comment during a sit-down interview with Ketchikan Public Radio earlier this week. Talking about how technology is affecting the economy, he referenced an anecdote from his family's farm in California.

"My father had a ranch; we used to have 50-60 wetbacks to pick tomatoes," Young said. "It takes two people to pick the same tomatoes now. It's all done by machine."

Young issued a statement Thursday to a local television station in Anchorage, which didn't come as a full apology but sought to clarify his reasoning behind using the word.

"I used a term that was commonly used during my days growing up on a farm in Central California," he said. "I know that this term is not used in the same way nowadays and I meant no disrespect."

The word is widely considered an ethnic slur and generally refers to those from Mexico who come to the United States illegally by crossing the Rio Grande River. It was used by the government in the 1950s for "Operation Wetback," a massive crackdown on illegal immigration along the U.S.-Mexico border.

But on the heels of a new Republican push to expand its outreach to minorities, especially Latinos, Democrats were quick to point out the comment as damaging--and similar reactions from Republicans started rolling in, as well.

"Our party represents freedom and opportunity for every American and a beacon of hope to those seeking liberty throughout the world," he said in a statement. "Offensive language and ethnic slurs have no place in our public discourse."

Sen. John Cornyn of Texas, the number two Republican in the upper chamber, was also quick to seek distance from the comment. He blasted Young in a statement, saying migrant workers come to the country for work and opportunities, not to "hear ethnic slurs and derogatory language from elected officials."

"The comments used by Rep. Young do nothing to elevate our party, political discourse or the millions who come here looking for economic opportunity," he continued.

Sen. John McCain, one of the leading GOP voices on immigration reform, said on Twitter that Young's comments "were offensive and have no place in our Party or in our nation's discourse."

"He should apologize immediately," he added.

The party's tone on immigration became a focal point in the GOP's self-review following November's presidential election. One of the most talked-about issues was Mitt Romney's position in favor of "self-deportation," where undocumented immigrants would voluntarily leave, go home and get in the back of the line to re-apply for entry into the country.

In a report released earlier in March by the RNC, which showed the results of its months-long review after Election Day, the party described such language as harmful to the party's image and ability to connect with voters that generally fall outside of the GOP column.

"If Hispanic Americans perceive that a GOP nominee or candidate does not want them in the United States (i.e. self-deportation), they will not pay attention to our next sentence," the report stated. In one of its few policy recommendations, the report advised Republicans to "embrace and champion" comprehensive immigration reform.

And GOP Gov. Bobby Jindal of Louisiana focused on the impact of ill-fated comments earlier this year, when he said at the Republican National Committee winter meeting that the GOP has "to stop being the stupid party" and should start talking "like adults."

"It's no secret we've had a number of Republicans this year damage our brands with bizarre and offensive comments," he said. "I'm here to say we've had enough of that."