Veteran Unemployment Dropped to 9.9 Percent in 2012 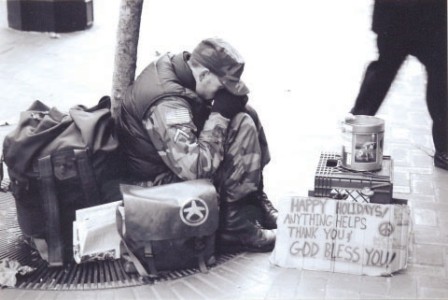 NEW YORK (CNNMoney) -- The unemployment rate for veterans dropped last year, according to a report out Wednesday from the U.S. Bureau of Labor Statistics, but vets still lag behind non-vets in the job market.

Army veteran Marcel Rowley of South Lake Tahoe, Calif., who served in Afghanistan in 2006 and 2007, said that he had a difficult time trying to secure part-time employment while going to school on the GI Bill. He said that as soon as he mentioned the time period during which he served, the job interview would "taper off," as the interviewer realized he was a war veteran.

"With all the ski resorts out here, you would think it would be fairly simple [ to get a job,]" he said. "But because of PTSD, companies won't hire veterans. It's because they're afraid they're going to have an episode in the work place."

Rowley, who has started up an advertising business, also said that serving in the infantry during combat did not provide him with skills that are valued by civilian employers.

Larry Korb, senior fellow at the think tank Center for American Progress and a Vietnam-era Navy veteran, said that fears of post-traumatic stress disorder and a lack of "transferable skills" are widespread issues for veterans -- especially infantry vets from the army and Marines -- who are looking for civilian jobs.

"I talked to a lot of vets who don't even say they were in the army, because there is this big concern about PTSD," said Korb, who was an assistant secretary of defense during the Reagan administration. "In terms of your technical proficiency, you're not going to learn a whole lot when you're doing counter-insurgency."

The unemployment rate for all veterans, not just those who served in the post-9/11 era, was relatively low at 7% last year, the report said.

Korb said that many women veterans, in addition to dealing with the stigma of PTSD, are also struggling with the high incidence of rape in the military.

"You get PTSD plus sexual violence, and it would make any person have more problems than normal," he said.