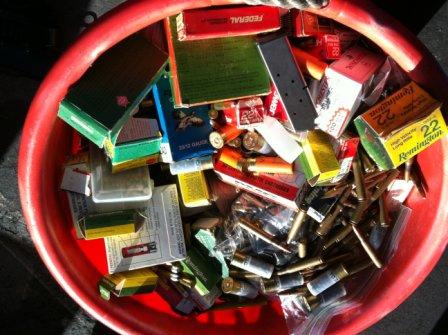 NEW YORK (CNN) -- New York authorities said Thursday that they had reached a deal with 23 gun show operators in the state after an investigation revealed weapons were sold without proper background checks.


Under the new agreement, authorities say it will be easier to track whether sellers are following the proper safety steps.


"Gun violence is everyone's concern," New York Attorney General Eric Schneiderman said in a statement, "and I'm proud that we've worked with gun show operators to create simple procedures to ensure that deadly weapons don't make it into the hands of felons, terrorists, the dangerously mentally ill or anyone else who could not pass a background check."


The new measures, which authorities hope will be a model for other states, include a requirement that weapons sold by private sellers at gun shows be tagged so operators can be sure proper background checks were performed.


The 23 gun show operators who signed on to the deal represent 80 percent of the gun shows in the state, the attorney general's office said. Authorities hope all gun shows statewide will sign on to the deal by the end of the year.


Dozens of gun shows are held across America on any given weekend.


New York is among the states that require background checks at gun shows, and the state's gun laws are among the nation's most stringent. In January, Gov. Andrew Cuomo signed laws fortifying New York's existing assault weapons ban, limiting the number of bullets allowed in magazines and strengthening rules that govern the mentally ill, which includes a requirement to report potentially harmful behavior.


Gun rights advocates have pushed to repeal the laws, while some state lawmakers have pushed for stricter measures.


On Thursday, Democratic New York State Assemblywoman Linda B. Rosenthal of Manhattan introduced a bill that would ban children under age 12 from attending gun shows.


The background check proposal by Sen. Charles Schumer, a New York Democrat, is expected to face tough opposition once the full Senate takes it up.


Schumer's bill would mandate background checks for all gun sales, including private transactions.


The NRA has said increased checks are nothing more than an attempt to create a national gun registry, a move the group vehemently opposes.


Forty percent of all firearms purchased in the United States are sold without background checks because the guns aren't bought from a federally licensed firearms dealer, Lindsay Nichols, an attorney with the Law Center to Prevent Gun Violence, said earlier this year.


Rather, those weapons are bought at gun shows, on street corners, over the Internet or from friends or neighbors, Nichols said.