Just like she did during the first half of the school year, first-grader Coy Mathis wants to use the girls' restroom at her Colorado elementary school. But school officials won't let her.

The reason? Coy is transgendered, born with male sex organs but a child who identifies herself as female.

She dressed as a girl for most of last year. And her passport and state-issued identification recognize her as female.

In December, the Fountain-Fort Carson School District informed Coy's parents that Coy would be barred from using the girls' restrooms at Eagleside Elementary in Fountain after winter break.

She could instead use the boys' bathroom, gender-neutral faculty bathrooms or the nurse's bathroom, the district said.

In making the decision, the district "took into account not only Coy but other students in the building, their parents, and the future impact a boy with male genitals using a girls' bathroom would have as Coy grew older," attorney W. Kelly Dude said.

"However, I'm certain you can appreciate that as Coy grows older and his male genitals develop along with the rest of his body, at least some parents and students are likely to become uncomfortable with his continued use of the girls' restroom."

By forcing Coy to use a different bathroom than all the other girls, the school is "targeting her for stigma, bullying and harassment," said Michael Silverman, one of Coy's lawyers and the executive director of the Transgender Legal Defense & Education Fund.

"Coy's school has the opportunity to turn this around and teach Coy's classmates a valuable lesson about friendship, respect and basic fairness."

On Wednesday, Coy's parents will announce that they will file a complaint with the Colorado Civil Rights Division. 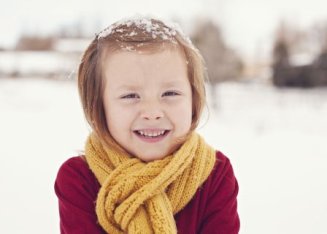 Transgender children experience a disconnect between their sex, which is anatomy, and their gender, which includes behaviors, roles and activities.

For the general public, transgender identity is a somewhat new concept, though many might recall Chaz Bono, who was born female to entertainers Sonny and Cher and appeared on last year's "Dancing with the Stars," in part, he said, to destigmatize being transgender.

In his 40s, Bono underwent a transition to become a man. He wrote in his book "Transition" that even in his childhood, he had been "aware of a part of me that did not fit."

Comprehensive data and studies about transgender children are rare. The rates of people who are transgender vary from 1 in 30,000 to 1 in 1,000, depending on various international studies.

These children are not intersex -- they do not have a physical disorder or malformation of their sexual organs. The gender issue exists in the brain, though whether it's psychological or physiological is debated by experts.

Many transgender children report feeling discomfort with their gender as early as they can remember.

When talking about young children around age 3, they're probably not interested in sexual orientation, she said. But experts say some children look like they will be transgender in early childhood, and turn out to be gay, lesbian or bisexual.

School policies toward transgender students vary across the U.S.

In New York, for example, the law says students can't be discriminated against on the basis of their gender identity.

In Maine, on the other hand, a court ruled in November that a school district did not violate a transgender student's rights when she was told she couldn't use the girl's restroom.

Dude, the attorney, has said there are no Colorado cases that require public schools to permit transgender students to use restrooms of the gender with which they identify.

He added that the Fountain-Fort Carson School District adheres to the Colorado Anti-Discrimination Act because "Coy attends class as all other students, is permitted to wear girls' clothes, and is referred to as the parents have requested."

She also has easy access to bathrooms other than the girls' restroom, Dude said.

Coy's case will be the first to challenge such a restriction under the state's anti-discrimination act, the Transgender Legal Defense & Education Fund said.

For now, the first-grader is being home-schooled.

CNN's Cristy Lenz and Madison Park contributed to this report.