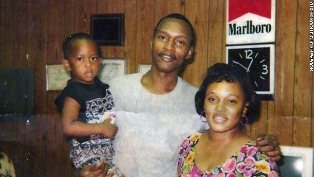 Georgia had asked the justices to lift the stay, which was granted minutes before Hill had been scheduled to die by lethal injection Tuesday night. A federal appeals court in Atlanta halted the execution to give lawyers a month for written arguments on whether Hill should be spared under the federal ban on executions of the mentally disabled.

Georgia law requires inmates to prove mental retardation "beyond a reasonable doubt" to avoid the death penalty -- the highest standard of any state. State prosecutors say Hill has repeatedly failed to meet that standard in years of appeals.

But three doctors who examined Hill for the state have reversed their conclusions and now say he should be spared, giving fresh ammunition to Hill's attorneys. That reversal "establishes consensus among every doctor who has evaluated Mr. Hill that he is mentally retarded," his lawyer, Brian Kammer, said Thursday.

Hill's defenders say he has an IQ of 70. He was sentenced to death for the 1990 killing of Joseph Handspike, another inmate in a Georgia state prison.

Hill was already serving a life sentence in the 1985 killing of his girlfriend, Myra Wright, when he beat Handspike to death with a nail-studded board. Tuesday's reprieve was his second in less than a year.