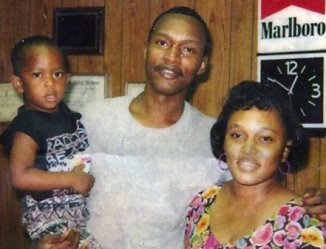 After a last-minute stay that at least temporarily spared the life of condemned murderer Warren Lee Hill, Georgia officials asked the U.S. Supreme Court on Wednesday to let the execution go forward. Three doctors who testified for the state in earlier trials that Hill was competent have changed their opinions, saying they regret testifying and were wrong.

Hill was within half an hour of execution Tuesday night when federal and state appeals courts stepped in to halt the procedure, said his lawyer, Brian Kammer. His lawyers say he's mentally retarded, with an IQ of 70, but state prosecutors say Hill has repeatedly failed to prove that claim in court.

"There is no basis for a stay, and this court should vacate the order," the Georgia attorney general's office urged the justices.

Hill was sentenced to death for the 1990 killing of Joseph Handspike, another inmate in a Georgia state prison. He was convicted of beating Handspike to death with a nail-studded board while serving a life sentence in the 1985 killing of his girlfriend, Myra Wright.

The 11th U.S. Circuit Court of Appeals halted proceedings for 30 days to ask for further written arguments on the issue, while the Georgia Court of Appeals issued its stay on a challenge to the way the prison handles the lethal injection drugs used in executions, Kammer said.

Those decisions came after the U.S. Supreme Court and the state Supreme Court denied other requests for a stay of execution, and the Georgia State Board of Pardons and Paroles turned down a plea for clemency. The execution had been scheduled for 7 p.m. Tuesday at a state prison in Jackson, about 45 miles south of Atlanta.

Hill's lawyers say his low IQ means he should be spared under a 2002 decision that barred the execution of the mentally disabled. But a string of state courts has said Hill doesn't qualify under Georgia law, which requires inmates to prove mental impairment "beyond a reasonable doubt."

"This is the strictest standard in any jurisdiction in the nation. Even Warren Hill, a man with an IQ of 70 who is diagnosed as mentally retarded by every doctor who has examined him, found it impossible to meet this standard of proof," Kammer said.

Last week, three doctors who examined Hill for the state filed affidavits stating they "have now revised their opinions and find that Mr. Hill does meet the criteria for mental retardation," his lawyers argued in court papers.

Handspike's family has called for the execution to be called off. The Georgia Council on Developmental Disabilities also weighed in against the execution, stating, "No other state risks the lives of those with developmental disabilities to this extreme."

But lawyers for the state have said that Hill served in the Navy, held a job and managed his money before Wright's killing -- signs that he didn't necessarily meet the legal standard for retardation, even though he has a low IQ.

Hill had previously been scheduled for execution in July, but the state Supreme Court halted the execution on procedural grounds.