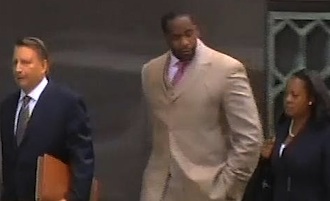 Former Detroit mayor Kwame Kilpatrick is headed back behind bars, but only for a few days.

The Michigan Department of Corrections charged him with 14 parole violations late Thursday and he'll spend the weekend in jail.

Kilpatrick agreed to report to the Detroit Reentry Center late Friday and will be released Monday, according to Corrections spokesman Russell Marlan. Kilpatrick is currently on trial in a public corruption case in U.S. District Court. His release would allow him to be back in court next week.

The 14 violations include submitting a false and inaccurate report to a field agent by failing to report money transfers and cash gifts, as well as failing to report several months of his income, according to an e-mail from Russell.

Kilpatrick is on parole after a 2008 state conviction for obstruction of justice.