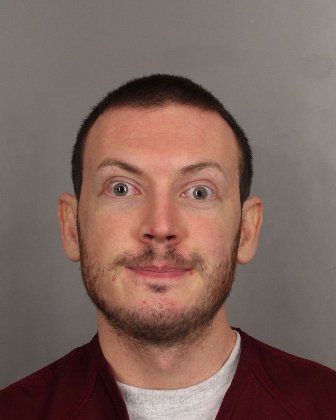 DENVER (CNN) -- The university psychiatrist who treated the accused gunman in last year's deadly Colorado theater rampage could face more than a dozen lawsuits that blame her and the school for not properly handling James Holmes' treatment.

At least 14 people have filed legal documents indicating they are planning to sue the University of Colorado Denver and Dr. Lynne Fenton for negligence.

Holmes, 25, was a doctoral student in neuroscience at the university.

Fenton has testified that her contact with Holmes ended on June 11, more than a month before he allegedly walked into a crowded movie theater in Aurora, Colorado, and opened fire, killing 12 people and wounding 58 others during a screening of the new Batman film.

She said she later contacted campus police because she was "so concerned" about what happened during her last meeting with him, but she declined to detail what bothered her.

Many details of Fenton's interactions with Holmes have been withheld due to rules governing doctor-patient confidentiality.

"We understand that there is pain and frustration amongst the families of the deceased and victims of this terrible crime and we have great sympathy for them," Montgomery said in a statement. "We do believe, as well, that the facts will speak for themselves as the legal process moves forward."

Chantel Blunk -- whose 26-year-old husband, Jonathan, was one of 12 people slain in the theater -- has already filed a civil lawsuit in federal court accusing Fenton of knowing "that James Holmes was dangerous" and having "a duty to use reasonable care to protect the public at large from James Holmes."

Blunk's lawsuit accuses Fenton of negligence and said the university is also liable.

The lawsuit says that during their last contact on June 11, Holmes told Fenton that "he fantasized about killing a lot of people."

But according to the lawsuit, when a police officer asked whether Holmes should be placed on a psychiatric hold for 72 hours, Fenton "rejected the idea."

Stefan Moton, one of the 14 planning to sue the school and Fenton, survived a bullet wound in the July 20 shooting that left him paralyzed from the neck down.

According to his court filing, Moton claims that Fenton "learned of Mr. Holmes' dangerous propensities and intentions" but, after bringing her concerns to the university, "neither the (university) team nor the (university) police took action to prevent Mr. Holmes from causing ... harm to Mr. Moton, which harm could have been prevented from but for their failure to so act."

Moton is seeking at least $50 million in damages.

Erik Novo and his wife Laura Rodriquez -- who plan to seek $250,000 in their lawsuit -- never even saw the shooter. They were in a different auditorium and fled along with other theatergoers. As they were driving away they say they were stopped by a police officer at gunpoint, which -- according to their notice of claim -- caused them "severe mental anguish and suffering."

Holmes is currently awaiting formal arraignment for 166 charges related to the July 20 rampage, including murder, attempted murder and weapons offenses.

His interactions with Fenton before the shooting have come up several times during court proceedings.

Just nine minutes before he burst into the suburban mall movie theater, Holmes tried to call Fenton but failed to reach her, prosecutors have said.

In September, a judge ruled that a notebook Holmes allegedly mailed to Fenton right before the shooting would not be accessible to prosecutors.

The judge overseeing Holmes's case agreed last week to delay an arraignment in the case to allow defense lawyers more time to examine more than 30,000 pages of evidence and hundreds of DVDs and CDs.

The arraignment -- a formal reading of charges by the court and, frequently, the entering of a plea by the defendant -- is now scheduled for March 12.

Nearly six months after the killings, the Aurora Century 16 movie theater where the massacre took place will hold a private "night of remembrance" Thursday for the victims and those who responded to the tragedy. The theater will permanently reopen later this month.

Some survivors and loved ones of those killed are boycotting Thursday's event, deeming it as insensitive, while others say it's important that the theater reopen.

Several victims' families and survivors have filed lawsuits against Cinemark USA, Inc., the company that owns the theater.