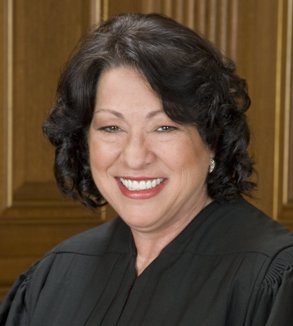 Supreme Court Justice Sonia Sotomayor on Wednesday turned down a request that she block part of Obamacare that would require companies' health plans to provide for coverage of certain contraceptives, such as the morning-after pill.

Hobby Lobby Stores, Inc., and Mardel, Inc. and five family members involved in ownership and control of the corporations had protested the requirement, which is to kick in January 1.

They said they would be required "to provide insurance coverage for certain drugs and devices that the applicants believe can cause abortions," which would be against their religious beliefs, Sotomayor wrote in her opinion.

The applicants said they would face irreparable harm if forced to choose between paying fines and complying with the requirement.

But Sotomayor -- who handles emergency appeals from the 10th Circuit -- said the applicants failed to meet "the demanding standard for the extraordinary relief," and that they could continue to pursue their challenge in lower courts and return to the higher court, if necessary, following a final judgment.

Hobby Lobby is a chain of arts and crafts stores with more than 13,000 employees; Mardel is a chain of Christian-themed bookstores with 372 full-time employees. Both are based in Oklahoma City. Neither company responded to e-mails.