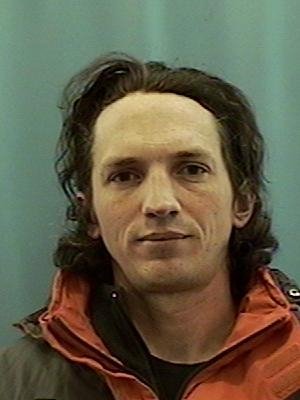 (In related news, federal authorities are searching for Keyes' first-ever victim, believed to be an Oregon woman.

(Keyes told the FBI Agents in Alaska that he raped - but did not kill -  his first victim in Oregon sometime between 1996 and 1998. He said the girl was 14 - 18  years old. The sexual assault occurred on the Deschutes River near Maupin. The victim was with friends and Keyes was able to discreetly separate her from the friends.
(To date, authorities have not been able to find any relevant police reports that would fit this scenario, and it is possible that the victim never reported it. If Keyes was being accurate about the time period and the girl's age, she would now be in her late 20's - early 30's. She may have lived in the area or simply been visiting the area on vacation.

Keyes told investigators that he oftentimes traveled great distances and liked to find his victims along hiking trails, at camp grounds and in other remote areas.

(Before his death, Israel reportedly told investigators that he murdered multiple people, including at least four in Washington State. He is also believed to have robbed banks as he traveled across the country, but the FBI has not yet identified any robberies in Oregon for which he may have been responsible.

(The FBI is working with local law enforcement agencies in Oregon and across the country in an attempt to identify other unsolved cases that involve missing people, murders, rapes and bank robberies.

Keyes killed the last of his known victims, Anchorage coffee stand barista Samantha Koenig, 18, in February. He has confessed to killing at least seven other people: two in Vermont, four in Washington state, and one somewhere on the East Coast.

He committed suicide in his Alaska jail cell earlier this month by slitting his wrist and strangling himself with bedding.

Anchorage police and the FBI gave more details about their interviews with Keyes on Monday in hopes of generating new tips about his crimes. Police said that while he admitted eight murders, there may be at least three more, and that they need the public's help in their investigations.

"We want people to know what kind of person this fellow was so they can help us connect dots and maybe generate connections between missing person cases and Israel Keyes," Anchorage police Chief Mark Mew said.

Authorities played a chilling tape Monday in which Keyes talked about how he lay in wait at an Alaska park with a sniper's rifle in hopes of killing a young couple who had parked there. He had his kill zone prepared, with drain cleaner and a shovel at the ready to dissolve and bury the body parts.

"I was gonna do my thing in the parking lot," Keyes said, but an Anchorage patrol officer showed up and checked on the couple. Keyes said he was prepared to kill the officer, too, but aborted his plan when another officer showed up.

"It could've got ugly, but fortunately for the cop guy," he said with a chuckle, "his backup showed up."

"I almost got myself into a lot of trouble on that one," Keyes said. "As soon as his backup showed up I decided I better call it a night."

The incident is indicative of the way Keyes saw himself. Doll described him as "very matter of fact" but comfortable with who he was.

"Israel Keyes never expressed in any way, shape or form that he was ashamed of or regretted his actions," Doll said. "He knew what he was and he was fine with it."

The Anchorage detective also said Keyes took pride "in living this Dr. Jekyll-Mr. Hyde lifestyle," with neither family nor friends suspecting him.

Doll said Keyes researched and read about, but did not emulate, other serial killers, including Ted Bundy, who killed as many as 40 people between 1974 and 1978.

"He was very careful to say he had not patterned himself after any other serial killer," she said. "His ideas were his own. ... That mattered a lot to him."

Those ideas included careful planning and the ability to back off killing plans if variables changed the situation, such as a planned victim with a large dog, or a victim who didn't have a vehicle in which Keyes could evade authorities.

Police said he broke his own rules in the abduction and killing of Koenig. He used her debit card to make an ATM withdrawal that eventually led police to him in Texas.

Mew said Keyes started "to be a bit compulsive toward the end."

Anchorage police Officer Jeff Bell said Keyes' end did not come as the killer thought it would. He envisioned being killed in a gun battle with police during a bank robbery, Bell said.

Besides Koenig, whose body was found in a lake north of Anchorage, authorities have identified only two of Keyes' other victims, Bill and Lorraine Currier of Essex Junction, Vt.

More clues may come from an illegible, blood-soaked note that was found in Keyes' cell after his suicide. That is being analyzed at the FBI's lab in Quantico, Va., Mews said, in hopes of determining what Keyes wrote.

Authorities are asking that anyone who may have information about Keyes get in contact with the FBI at 1-800-CALL-FBI or call their local FBI office.