Access to Elite Education, But Feelings of Exclusion for Some Students of Color 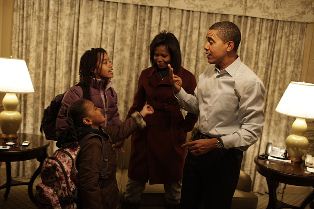 (CNN) -- High school is tough for any teenager, but for Albert Anderson, it was the subtle looks and unspoken words that made him realize he was different.

"High school is when people start with the judging," he said.

Anderson grew up in the projects of New York City's lower East Side, and commuted an hour each way to attend a prep school in the affluent upper west side of Manhattan. No one said anything offensive, but he missed out on experiences, and was never felt fully accepted.

"It's possibly the best high school education you can get," he said. "I'm grateful I could attend, but the social part goes with that."

He spoke about his experiences in "Allowed to Attend," a revealing documentary that tells the stories of five of Trinity's students of color who navigated the socioeconomic and racial planes at the elite private school.

It's a conversation being had at several prestigious prep schools, some for the first time. But Trinity took the rare step to address the sometimes loaded topic of inclusion by turning the spotlight on itself.

On paper, the efforts to diversify elite preparatory education appears to be making headway. But in practice, the journey has been filled with challenges, and a number of recent films explore the topic. "American Promise" looks at the experience of of two black male students and their parents over 12 years , and will air on PBS in 2013. Andre Robert Lee's film, "The Prep School Negro" explores his and and others students of color personal experiences at elite prep schools.

"My whole thing is to get kids to verbalize that internal dialogue and face that psychological homelessness," Lee said.

Lee often speaks at schools, and his experience was similar to those voiced in "Allowed to Attend." Trinity's communications director Kevin Ramsey shot, produced and directed the film after a screening and discussion of "The Prep School Negro."

"I made a commitment to each that I would listen to their stories without any agenda except one of honesty and respect," said Ramsey. "The documentary grew out of that."

The whole senior class was invited, and five students volunteered to share their story in the 74-minute film. It tells the stories of students of African-American and Asian descent, showing the lengths they go through to get to the doors of their elite school, sharing their thoughts and experiences along the way. The film will not be released publicly.

"It really wasn't made for the community at large," said John Allman, Trinity's Head of School. "We primarily saw it as a teaching tool, as a tool for dialogue within our community about how we can become an increasingly inclusive community."

Inclusive is not how the five featured students would describe the privileged world where they were granted access.

Albert Anderson says he was often aware of the great socio-economic divide between him and his classmates. He attended as part of the Prep for Prep program that selects promising African-American and Latino seventh-graders and places them in elite independent schools.

"The five of us did the film, because we cared enough about Trinity so that we wanted the next generation of Trinitarians to have a much more accepting environment," Anderson said.

Ayinde Alleyne was another student who came to Trinity via the Oliver Scholars Program.

"It's definitely a little jarring at first because there are some very blatant differences between you and the majority of your white peers," said Alleyne.

David Addams, Executive Director of the Oliver Scholars Program, says he attended a screening of the Trinity film and was blown away. He counsels students and helps prepare them for the culture shock that often accompanies moving from a poor school to an elite one. Many of those students experience "imposter syndrome," or the belief some students have that they are just in a privileged academic setting because they're filling a minority quota.

"It's very difficult and sad. That's why we do a lot of work to help them understand that they deserve this, that they've earned it and it's where they belong," Addams said. "I hope the school takes full advantage of the film because it will take them to a whole new level of dialogue."