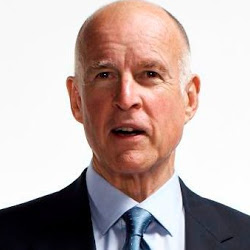 "The cutting and the deficits are out of control," the California Democrat said Sunday on CNNs "State of the Union."

Meanwhile, "in California, you can only cut schools and university so much and then people say, 'enough already.' And that's exactly what they said on Election Night Tuesday."

Citizens in his state passed Proposition 30 - by a vote of 54 percent to 46 percent - last week. Forty-four percent of California voters on Tuesday identified themselves as Democrats, 27 percent as Republicans, and 29 percent as independents, CNN exit polling data showed.

The measure institutes temporary increases in the personal income tax for individuals making more than $250,000 and a separate temporary sales tax increase in the cash-strapped state.

The revenue would offset planned spending cuts for education, supporters say. Opponents say the measure would increase taxes by $30 billion to $50 billion without actually reforming schools, pensions or bureaucracy.

On the national level, President Barack Obama has offered a federal deficit reduction plan that does not extend the Bush-era tax breaks on income over $250,000, while Republicans support extending the tax cuts for income of all levels.

A resolution is made urgent by the approaching so-called fiscal cliff: broad spending cuts and tax increases which take effect, absent congressional action, in the new year. Should a resolution not be found, economists expect the U.S. economy would fall into recession.

This week, House Speaker John Boehner said he was open to measures which increase federal revenues, but through closing loopholes and not via an increase in tax rates.

Brown, who was elected governor twice before in the 1970s and has made unsuccessful bids for the U.S. Senate and presidency, said he sees national implications of Tuesday's vote.

"When government gets excessive, yes, people want to pull it back. That was the tax revolt," he told CNN's Candy Crowley. "But when the private sector begins to have more and more, and the public sector is starved, people know that. I mean, it's common sense. You need a balance."

Plus, he said, while "billions" sounds large, the increases would be of little significance in his state's massive economy.

When Brown won his second term as governor in 1978, voters "revolted" against property taxes and passed a proposition limiting rates. It was a measure Brown opposed at the time, but he responded by diverting funds to local government and reducing state spending.

Brown told CNN that funding for projects such as schools, roads, defense, research and the space program require individuals to contribute.

"All that takes money. It's not all going to come out of Wall Street or out of your local department store," Brown said. "It requires the people, through their collective institution, called government, to make a greater commitment. And I think they're ready to do it."

California state law allows for medical use of the drug, but measures that would legalize recreational use have not passed. Brown said his experiences as governor have not led him to support broader legalization than exists in California now, even considering the potential revenue to be made from taxing it.

But he does support the federal government allowing states to set their policy in this area.

"I think the federal law can maintain, but it shouldn't try to nullify reasonable state measures," he said. "I'm not saying the state can do anything they want, but the measures that have been adopted so far have been after a vigorous debate."