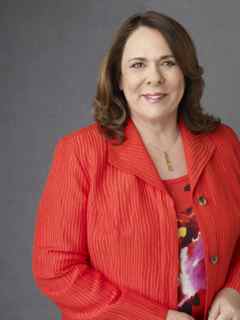 Crowley, host of CNN's "State of the Union," was asked about the town hall format, her role, her expectations for how she'll manage the face-off between President Barack Obama and Republican challenger Mitt Romney, and her feelings about being selected for the honor.

You can ask Crowley about her experience through iReport.

CNN: Does a town hall debate present unique challenges and opportunities for the candidates because it's not your normal debate behind a podium?

Candy Crowley: It does, because they are going to have roughly 80 people, as I understand it, looking at them in addition to me. You know and I know it is very easy for politicians to run over a reporter -- they don't care. There is no price to be paid for being rude to a reporter, not answering the question. But 80 undecided voters looking at you, and some of them getting up and going, "Well, what about this?" It's just harder to dodge.

There's also the whole -- you know, if you want to get into the optics of it, there's the whole wandering around the stage, and feeling their pain, and there's this whole kind of other set of expectations that we've come to want, or at least talk about afterwards, that now goes with modern television debates.

CNN: How is a town hall debate different than other debates in terms of challenges and opportunities that presents itself?

Crowley: The challenge is that they've got to connect not just with the people looking into the television and watching them, but the people who are on the stage with them.

Some 80 or so undecided voters are chosen by Gallup, so they have to keep those folks in mind. It's a much more intimate and up-close adventure with voters than talking through a reporter.

CNN: Now, we heard a lot with all these debates about style versus substance. Does it become even more about style because it's a town hall?

Crowley: No, I think it's both about substance and style no matter what the debate is, and you don't know which it's going to be most about until it's over.

If a voter gets up and says, "I am unemployed and I haven't had a job in X amount of months and this happened and that to my health care," there has to be substance to that answer. You can't just be about, "Oh my gosh, that's terrible, I'm so sorry to hear your story." It's got to be, you know, give them something.

So I think it's both, and I think there is a lot in common with the debates, in that we're not going to know until after the debates are over -- where this is something where the message came through with style, or in substance, or maybe a little of both, which is generally the case.

CNN: I guess with or without the podium and with the audience interaction it seems like you would kind of, everything would carry more weight.

Crowley: Well, I think it does in a sense of these are real people that -- the audience doesn't necessarily relate to either presidential candidates or media. They just don't. But they do relate to 80 people sitting on a stage that look like them, and maybe have stories similar to theirs. And so they can kind of see themselves through the town hall meeting participants.

CNN: There is some sense, one of the people I interviewed talked about how a town hall setting is viewed maybe as a little bit more freewheeling, free-flowing, less predictable because of the audience interaction. Do you buy that? Or do candidates always go back to their script and their talking points?

Crowley: Whenever candidates get a chance, they will return to their talking points. And I think that's where we come in, like why I said, "We know this. But the question was not oranges, it was apples, so could you please address apples, that would be good."

So yes, I think the instinct of any politician anywhere is to go back to their comfort zone, which is the talking point. But I think it is more difficult to stay in that zone when you have a person with a story asking you a question that relates to their life.

CNN: What past debate moments are the most memorable?

Crowley: What's interesting to me is when I look back at the debates, there are things that are kind of monumental. Now, one of them is more history to me than having actually having seen it, and that is when Gerry Ford talked about Poland as being free, and of course it was behind the Iron Curtain. And this was seen as a monumental mistake.

But you go from that sort of thing, all the way to George H. W. Bush, the father, looking at his watch. Or Al Gore sighing. It's just, there's something about these debates that magnifies things that perhaps you don't see as the person in the room with them.

But remember, George Bush looking at his watch was taken as some sign that he didn't care. Fair? Not fair? It matters, it's television. And so it's not just what you say, but it's how they present themselves.

You never know when that moment is. You never know until it happens. You can't set up these moments. But the purpose of the debate is to get beyond what people have already heard, down to what one hopes the viewers and the voters are waiting to hear about.

CNN: What is it like to be the first female moderator in 20 years?

Crowley: People say, "Do you think you're going to ask a different question because you're female?" and I think, "I'm going to ask different questions because of all the things that I am." Bob Schieffer and I are different, Jim Lehrer and I are different, we come from different backgrounds, we've had different experiences, and certainly, one of the differences between them and me is that I'm female and they're male, so that's a part of it. And so, I guess I didn't embrace the history of it until women started coming -- and by the way, men as well -- I mean, I have just sons, and they were thrilled and said, "Mom, did you know you're the first woman, you know, in 20 years?" So they were excited by it. So I embraced that, kind of, after the fact. I first just embraced it as an amazing chance for a journalist.

CNN: How did you get the news?

Crowley: I was actually sitting at work. We were booking the show ("State of the Union") and I was in my office and I got a phone call from the executive director of the presidential debate commission, who said, "We were wondering if you'd be willing to moderate a debate." And I said, "Let me just think -- yes!" It was a very quick phone call, actually.

CNN: What was your reaction?

Crowley: Well, understand that they told me not to tell anyone, so that was in some ways the hardest part. I cheated -- I told my children -- but beyond that, I didn't tell anybody.

And so it was just this weird sort of "Cheshire Cat" thing going on, because I knew something that other people didn't know. But I mean inside, I was thinking, 'Whoa, this is amazing."

I mean, for a journalist, does it get better than that? Not much better that I can think of.