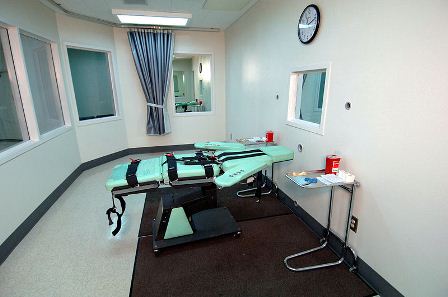 SAN FRANCISCO—If California Gov. Jerry Brown's tax-raising ballot measure, Proposition 30, passes Nov. 6, "a lot of it will be because of the ethnic voting population," stated Mark DiCamillo, director of the Field Poll.

Data from the latest Field Poll shows that since 1990, over 90 percent of the increase in California's voting population has come from the state's ethnic voter community.

To better understand these demographic changes, a September Field Poll, conducted with the Institute of Governmental Studies at the University of California, Berkeley, surveyed approximately 1,200 registered voters in California in English, Spanish, Cantonese, Mandarin, Korean and Vietnamese.

Pollsters gauged their views about propositions on the presidential election and November ballot measures on issues ranging from new taxes to the death penalty. The poll was funded partly by New America Media and the Blue Shield of California Foundation.

Proposition 30, backed by Gov. Brown, is one of two major tax initiatives on the ballot, and its proponents count ethnic voters among its biggest supporters. Each ethnic subgroup Field surveyed would affirm the initiative at a higher rate than the white, non-Hispanic voting population--49 percent of whom intend to vote "yes" on the measure.

The initiative would raise the state sales tax from 7.25 percent to 7.5 percent for four years, and would increase personal income tax rates on very-high-income Californians for seven years. California's Legislative Analyst's Office estimates that Proposition 30 would raise an average of $6 billion annually by California's 2016-17 fiscal year.

Among the Asian groups polled, voters favoring the tax initiative most strongly are Korean Americans (71 percent) and Vietnamese Americans (68 percent). A slight majority of Chinese American voters (51 percent) would approve the measure.

Last week, a group of major ethnic health organizations in California issued a press release expressing their support for Proposition 30 and how it would benefit communities of color.

"We know that if it [Proposition 30] doesn't pass, we're going to be subject to a whole other round of cuts, which could be devastating to our community in particular," said B. Darcel Lee, executive director of the California Black Health Network.

Meanwhile, the Field Poll found that Proposition 38, the other major tax initiative on the ballot, is less popular among minority voters, but it still has more support among ethnic voters than white, non-Hispanics.

Supported by attorney Molly Munger, the measure would temporarily increase personal income taxes for almost all Californians. The initiative is estimated to raise $10 billion in 2013-14, but those revenues would not go into the state's general fund but instead be directed into a California Trust Education Fund and used exclusively for K-12 education.

While one-in-three white, non-Hispanics (32 percent) said they will vote for both propositions, a greater percentage of ethnic subgroups in the poll (besides Chinese Americans) said they will cast their votes for both. For instance, 55 percent of Korean Americans and 54 percent of Vietnamese Americans indicate that they support both initiatives.

Were both to pass and Proposition 30 got more votes, only it would go into effect. However, if Proposition 38 drew more votes, some parts of both measures would likely be implemented because the sales tax included in Proposition 30 is not part of 38. In the latter case, though, legal experts say lawsuits would ensue and the courts would determine what aspects of which initiative would be enacted.

Another proposition where the ethnic vote could play a key role is Proposition 39, which would increase the income tax for multistate businesses and raise an estimated $1 billion in state revenue.

Latino, African-American, and Asian American voters each support the measure almost two to one, while white, non-Hispanic voters show the lowest level of support for the initiative, at 38 percent.

The Field Poll also revealed decreasing support for Propositions 31 and 32, both among Californians overall and in the ethnic voting community.

Proposition 31, aimed at reforming the state's budget process, includes measures such as changing the state's one-year budget cycle to two years. California Forward a nonprofit supporting governance reform in California, is backing the proposition. Only 21 percent of California voters polled supported the initiative.

Proposition 32 seeks to eliminate payroll deductions for political contributions. But opponents assert that it restricts unions while including exempting many corporate special interest groups sponsoring the measure. Opponents such as the California Labor Federation and the California Teachers Association, argue that because unions get the majority of their money from payroll deductions, the measure would limit their political power.

Results were mixed on Proposition 34, which would repeal the state's death penalty. While 59 percent of African Americans would vote "yes," a slight majority of Latino voters (52 percent) said they oppose the measure, with only 32 percent planning to vote "yes." Whites and Asian American voters remain evenly divided on the issue.

Gov. Brown and the Presidential Race

DiCamillo suggested there may be a connection between lower levels of African American support for Brown and the very low level of African American voter support--14 percent--for the pension reform law brown signed into law last month. It reduces public pension benefits for newly hired state and local government workers and requires them to pay at least half of their pension contributions.

On the national front, support for President Obama is the highest among the African American (94 percent), Latinos (72 percent) and Chinese American (65 percent) voters.

DiCamillo noted Chinese American support for Obama is significantly higher than it was four years ago. Korean American community is the only ethnic subgroup to favor the Romney-Ryan ticket, 48 percent to 46 percent for Obama-Biden.

"This used to be a segment that was more strongly Republican in the past than what we're currently seeing," said DiCamillo. "There are big differences between younger Asian American voters and middle and older-age voters."

DiCamillo credited California's ethnic population, particularly younger Asians and Latinos, with deepening the electorate's Democratic base. "As younger voters take up more of the population," he observed, "… the Asian American voter is likely to trend more increasingly towards the Democratic Party candidates."