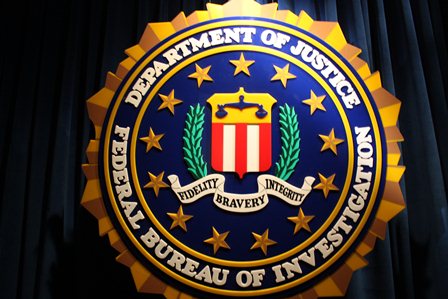 (CNN) -- The FBI says it is deploying Facebook and Twitter to find "a wanted terrorist" who grew up near Boston and may now be living in Syria.

He is Ahmad Abousamra, 31, a French-born dual citizen of the United States and Syria. Abousamra was indicted in 2009 after taking trips to Pakistan and Yemen. The bureau is offering a reward of up to $50,000 for information leading to his arrest.

"Knowing that the public is the FBI's best ally in finding fugitives, we're requesting their assistance to locate Ahmad Abousamra," said Richard DesLauriers, special agent in charge of the FBI's Boston division.

The FBI said Abousamra allegedly attempted to get military training for the purpose of killing American soldiers overseas. It also said he traveled to Iraq with the hope of joining up with forces fighting against the United States.

Abousamra and a co-conspirator were charged in a superseding indictment in 2010 "with an additional single count each of conspiring to provide material support to a designated foreign terrorist organization, namely al Qaeda," the FBI said.

DesLauriers said Abousamra is from Mansfield, Massachusetts, and left the United States in 2006.

Abousamra is of Syrian descent. Agents think he might be living in Aleppo, Syria's largest city, with his wife, at least one child -- a daughter -- and extended family.

The FBI launched a campaign on traditional media and social media such as Facebook and Twitter to garner tips about his whereabouts. The FBI also said it will use "limited advertising on a social media site to reach an overseas demographic."

The FBI has posted on its website three head shots of a bearded Abousamra -- two from 2002 and another from 2004. The bureau says he is fluent in English and Arabic and has a college degree "related to computer technology." He had been employed at a telecommunications company.

"Conspiring to use force or violence to achieve a political or social goal violates our cherished ideal of peaceful dissent. Our goal is to find and arrest Abousamra so he can be tried by a jury of his peers," DesLauriers said.

"We believe publicizing Abousamra's photo and characteristics will lead to a tip about his whereabouts and, ultimately, to his arrest."

Abousamra's co-conspirator, Tarek Mehanna, was convicted by a federal jury last year on four terrorism charges and three charges related to providing false information to the government. He was sentenced to 17½ years in prison in April.