Faith Leaders Sound Off on Role of Church in Public Education 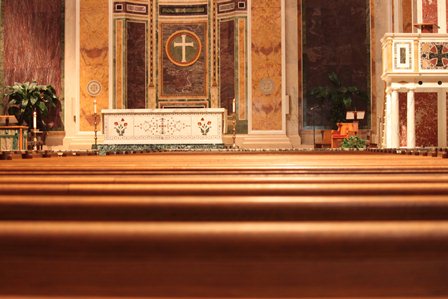 (CNN) -- Dozens of faith leaders from across the country recently gathered to attend The Stand Up Education Policy Summit in Atlanta, Georgia, to talk education reform. The daylong conference was hosted by education organzations StudentsFirst, founded by Michelle Rhee and Stand Up, led by her husband, Sacramento Mayor Kevin Johnson. The purpose of the event was a call for action for clergy to take part in the national movement to transform public education.

CNN spoke with some prominent religious leaders in the African-American community to find out their views on the role faith institutions should play in public education.

Rev. DeForest Soaries, Jr., a senior pastor at First Baptist Church of Lincoln Gardens in Somerset, New Jersey, laid out what he believes are three roles of the church in education.

"One is programs. Some churches have their own schools that would be on the programmatic level, after school programs and literacy programs. The second is political dealings with the various political forces that impact and control public schools: Making sure people run for school board, making sure people vote for school board, and monitor what's happening. And, the third is policy: Advocating for policies that enhance the likelihood of success."

According to Rev. Soaries, who was featured in CNN's "Black in America: Almighty Debt", not every church will engage in all three roles but there's a common theme for each religious institution and that is "to do something."

Bishop Charles Blake, presiding bishop and pastor of West Angeles Church of God in Christ in Los Angeles, said "I think churches should become acquainted [with] the schools that are in their community."

He believes a church should recruit its congregation to volunteer at educational facilities while at the same time evaluate the overall health and well-being of schools.

"I think that if churches work holistically into the lives of the people in the community, then the community will produce better children more capable and able to excel educationally," said Blake.

Rev. Renita Weems, ordained elder in the African Methodist Episcopal church and vice president of academic affairs at American Baptist College in Nashville, said educational forums are essential to the church, which can make a bigger impact in addressing issues in the African-American community.

"We still get the largest number of black people gathering every week so that becomes an easy way to disseminate information. Television is wonderful, radio is wonderful but when a pastor is able to stand in front and mobilize his or her congregation there's no comparison."

Charlie Stallworth, pastor of East Tabernacle Baptist Church and a Connecticut state representative, feels churches and schools should come together as one.

"The basis of Christianity or even that of the black church, or any religion that is concerned about humanity. There is no dichotomy between spirituality and education, or liberation," said Stallworth.