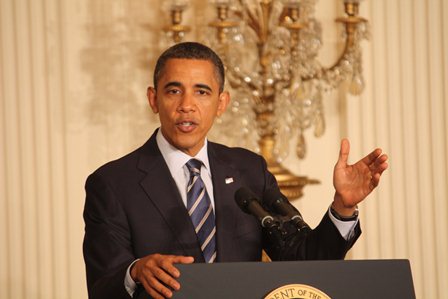 (CNN) -- President Obama's Affordable Care Act, when fully implemented, will most likely reduce the number of uninsured in every state, age group and income level - a stark contrast to a GOP presidential nominee and Mitt Romney's plan, according to a new report by The Commonwealth Fund, which compares the ACA to Romney's pledge to repeal the law and replace it with more targeted policies.

According to the report, children and low- and middle-income Americans would be hardest-hit if the ACA were repealed. The report found that by the year 2022, with the ACA in place, about 27 million Americans would still be uninsured - a reduction of nearly 33 million people.

But with a Romney plan in place, about 72 million will be without coverage, the report projects. By 2022, according to the organization, an estimated 18 million kids under the age of 19 would be without insurance under Romney's plan compared to about 6 million under Obama's plan.

The Commonwealth Fund, considered a liberal think tank that supports research on health care issues, compared the candidates' health care plans by looking at seven key issues. They considered whether the plans would increase the number of Americans with health insurance; whether they made insurance more affordable; if consumers were protected; whether consumer choice was improved; whether they helped small businesses; if they improved Medicare; and if they improved quality of care and reduced costs.

"There are stark differences between what each candidate has proposed for our health care system, and this report shines a light on how Americans might be affected, based on their age, their income, and where they live," said lead report author Sara Collins, vice president for affordable health insurance at the Commonwealth Fund.

"The report finds that repealing the Affordable Care Act would significantly increase the number of Americans without health insurance, limiting their ability to get the health care they need and exposing them to burdensome medical bills and debt."

But according to Romney spokeswoman Andrea Saul, the fund's portrayal of Romney's proposals is grossly inaccurate.

"The Commonwealth study sadly contributes little to the health reform conversation that this country deserves," Saul told CNN. "It badly mistakes Governor Romney's proposals. Worse, it assumes a fantasy world where Obamacare has been a success. Instead, Americans have seen their insurance premiums increase, small businesses are facing massive tax increases and seniors will have reduced access to Medicare services."

The study authors claim people with incomes 250% below the federal poverty level would be among the hardest-hit by Romney's plan to repeal the ACA in favor of private insurance incentives and Medicaid block grants. These are individuals making $27,925 a year; or $57,625 for families of four.

The ACA would expand Medicaid eligibility which would reduce uninsured rates for those living under 138% of the poverty level - incomes under $15,415 for an individual and $31,809 for a family of four - by nearly 20%. Among these families, an estimated 39 million would be uninsured under the Romney plan, compared to a little over 17 million under the ACA.

The fund's predictions are somber. Over the next 10 years, 22 states will have uninsured rates of 20-25%. Eleven states will see 25-30% of their population uninsured and in nine states - California, Nevada, New Mexico, Texas, Louisiana; Arkansas, Mississippi, Florida and South Carolina --uninsured rates will soar to 30-38% of the population.

Collins admits that since Romney has not given specifics on some aspects of his plan, they have made a number of assumptions about his proposals to provide federal block grants to states for Medicaid and providing the same tax advantages to people buying their own insurance as those insured by an employer. She said the assumptions were on the "conservative" side.

The Congressional Budget Office and the Joint Committee on Taxation weighed in on the impact of repealing the ACA, saying enacting the bill to repeal would increase the federal budget deficit by $109 billion between 2013-2022.

The CBO website says: "Specifically, we estimate that H.R. 6079 would reduce direct spending by $890 billion and reduce revenues by $1 trillion between 2013 and 2022, thus adding $109 billion to federal budget deficits over that period."

This is the second report to compare the two plans in less than a week. Last Thursday, Families USA - a national nonprofit group working for affordable, quality health care which supports the president's health care reform law - released a report comparing a state-by-state analysis of "ObamaCare," "RomneyCare" (the Massachusetts health care bill signed into law in 2006 by then Governor Mitt Romney) and "RomenyCandidateCare," the proposals of candidate Romney.

According to their study, in 2016 families buying insurance under RomneyCandidateCare will pay almost twice as much - 92% more - than they would under the ACA.

But Saul has a different take on the ACA. "The simple truth is this: The American people do not want this law, we cannot afford this law, and when Mitt Romney is president he will repeal it and replace it with common-sense, patient-centered reforms that strengthen our health care system."