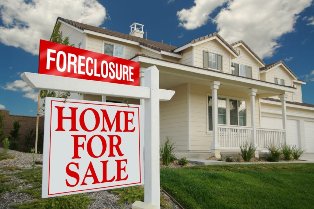 Smith, 67, has become frazzled at the thought of having to move off the property on Winston Avenue in Baltimore, which also happens to be the last place she shared with her late husband, Charles James Smith.

The 80-year-old died on Feb. 17, 2011, leaving behind his wife, two children from a previous relationship. And he took with him the deed to the house Smith said she alone paid "cash money" for almost four decades ago.

This is one reality of using a reverse mortgage, or a loan agreement where a borrower receives money from a mortgage company instead of doling out cash in a traditional forward mortgage.

Like other non-borrowing spouses around the country, Smith is facing eviction from her property because she is not listed on any of the mortgage paperwork with the loan-holding company.

"I'm losing weight and I can't hardly think," Smith said. "I'm stressed out because I don't know when they might come and tell me I have to go."

Back in 1975, Smith lived in another property that was bought by the City of Baltimore. She said she used the money paid to her, $21,000, to relocate to her current residence, a three-bedroom house with a front and back yard.

Smith later married, and the couple lived on the property together. In 2008 the two decided to look at using a reverse mortgage to help get rid of debt. A reverse mortgage allows borrowers to pull funds from the equity of a house, or the amount of money left over after subtracting the amount owed on a home from the market value.

"You convert the equity that you've built in your home over the course of many years," said Brian Sullivan, a spokesman for the U.S. Department of Housing and Urban Development (HUD). "You don't make a payment every month, the bank essentially pays you, and you draw on that equity to stay in your house."

Borrowers can receive their money all at once or in monthly increments until they can no longer live in the home or they die. At that time, the house is sold and all monies advanced on the equity are paid back to the mortgage company.

Smith said she was on the deed before the loan was made and met the minimum age requirement of 62 at the time, but was told in counseling that the loan could be secured much faster if her husband were to do the paperwork in his name.

One week later the couple received $7,000 in a lump sum, and according to Smith, Fannie Mae is also claiming to have paid off upwards of $100,000 in bills, an amount she disputes.

Helps Seniors—But at a Cost

"Reverse mortgages can enable some people to stay in their homes and age in place, but it's an expensive way to borrow money," said Lori Trawinski, a senior strategic policy advisor at AARP's Public Policy Institute in Washington, D.C.

There are no regulations on how a borrower uses the money, but Trawinski said most seniors use their funds to "supplement monthly income, complete home repairs or modifications, such as adding a handicap ramp or bathroom."

The case challenges a 2008 change in HUD policy that now excludes spouses in the term "homeowner" for reverse mortgages. This is a direct contradiction with the definition stated in the regulations that established the reverse mortgage program in 1989, according to Jean Constantine-Davis, senior attorney with AARP Foundation Litigation (AFL), the organization's legal advocacy arm.

"HUD adopted regulations that do not provide protections as required in the statute," said Constantine-Davis. "It's become a big problem and if we're successful it will be quite significant."

According to Davis, other issues with reverse mortgages include situations where a spouse is unprotected because they are not age 62 at the time of signing. Problems have also arisen in cases where spouses have been talked into coming off the property deed, or completely unaware they had been taken off by shady mortgage brokers looking to get the higher commission that comes with a loan in the name of an older borrower.

As with some private contracts and with all Federal Housing Administration (FHA) insured loans, the Smiths underwent financial counseling before signing their paperwork. But the process was "very confusing" said Smith, who thought she was adding her husband's name to the property deed--not taking her name off.

"We require housing counseling not only for the borrowing spouse, but for the non-borrowing spouse as well," said Sullivan, speaking solely about loans backed by the FHA through the HUD home equity conversion mortgage (HECM) program. "We do this so that everybody clearly understands what happens when one spouse pre-deceases the other, and what that could mean to the other spouse's ability to remain in the home."

Sullivan further explained that aside from the borrowing spouse passing away before the non-borrower, families also run into trouble when it comes to property taxes and home insurance.

"Often times when you pay your mortgage every month, the bank will collect a little more money from you and put it in an escrow account to pay your taxes and your home owner insurance," said Sullivan. He added that companies do this only to protect the house, which is their main interest. "In a reverse mortgage situation, the borrower has to make these payments because there is no mortgage."

According to Trawinski, as of February 2012, "9.4 percent of all HECM loans are in technical default" as a direct result of not paying property taxes or securing home insurance.

Fannie Mae declined to make a general statement on the pros and cons of reverse mortgages due to the fact that they stopped taking on that type of loan in 2010, according to Andrew J. Wilson, director of External and Media Relations at Fannie Mae. They refused repeated requests for comment on the case of Sharon Smith.

"Everyone is upset about it, but we haven't found anything that we can do about it," said Jack Brown, Smith's brother. "She's not the only one, there are others going through the same thing."

"I want people to see what this reverse mortgage thing is doing to a lot of older people. It's causing them to lose their homes. It's not the same as owing a mortgage and not paying, but it's similar in that you lose your home," said Brown.

AARP will appeal, in November, a previous decision that found their case had no standing before a federal district judge in the District if Columbia Circuit Court.