Assault on the Middle Class 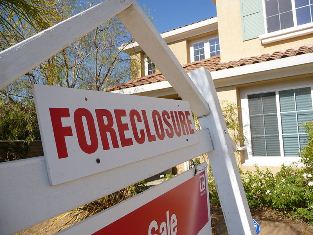 Ed. Note: U.S. Census data released Wednesday revealed troubling poverty figures, with some 46 million Americans -- including one in every five children -- living below the poverty line. Donald Barlett and James Steele, award-winning journalists and authors of the new book, "Betrayal of the American Dream," warn such numbers will continue to rise if more is not done to curb policies hostile to America's middle class. The following is an excerpt from their book, re-published with permission from the Investigative Reporting Workshop.

Her name was Barbara Joy Whitehouse, but everyone called her Joy, and after you met her you knew why.

She was 69, and though hobbled by ill health, her eyes sparkled and she wore a smile. A wisp of a woman who had probably never weighed a hundred pounds, she radiated dignity and resolve.

Joy lived in a small home in a community called Majestic Meadows, a mobile-home park for seniors just outside Salt Lake City. In her backyard was a shed that was filled with used aluminum cans — soda cans, soup cans and vegetable cans — that she had collected from neighbors or found alongside roadways.

Twice a month she took them to a recycler who paid her as much as $30 for her harvest of castoffs. When your fixed income is $942 a month, as hers was, an extra $30 here and there makes a big difference. After paying rent, utilities and insurance, Joy was left with less than $40 a week to cover everything else. So the money from cans helped pay for groceries as well as her medical bills for the cancer and chronic lung disease she had battled for years.

As a young woman, Joy never dreamed that her later years would be spent this way. She and her husband had raised four children in Montana, where he earned a good living as a long-haul truck driver. But in 1986 he was killed on the job in a highway accident attributed to faulty maintenance on his truck. It happened during a period when his company was struggling to survive the cutthroat pricing that Congress legislated when it deregulated the trucking industry.

After her husband's death, Joy knew that her future would be tough, but she was confident that she could make ends meet. After all, the company had promised her a death benefit of $598 every two weeks for the rest of her life — a commitment she had in writing, one that was a matter of law.

She received the benefit payments for four years. Then the check bounced. A corporate-takeover artist, later sent to prison for ripping off a pension fund and committing other financial improprieties, had stripped the business and forced it into U.S. bankruptcy court. There the pension obligation was erased by members of Congress who had passed laws allowing employers the right to walk away from agreements with their employees. In a country that once prided itself on creating a level playing field for everyone, those same members of Congress preserved the right of executives in those same companies to keep all their compensation, and even to raise it substantially.

To support herself, Joy sold the couple's Montana home and moved to the Salt Lake City area, where she had family and friends. With her savings running out, she applied early for her husband's Social Security at a reduced rate. She needed every penny. For health reasons, she couldn't work. In addition to lung disease that kept her tethered to an oxygen tank part of the time, she'd been further weakened by battles with uterine and breast cancer.

Her children and other relatives offered to help with expenses, but Joy, fiercely independent, refused. Friends and neighbors pitched in to fill her shed with aluminum.

"You put your pride in your pocket, and you learn to help yourself," she said. "I save cans."

Joy's story may sound like an isolated case of bad luck, but in one respect she vividly demonstrates what many other middle-class Americans experience these days. Thanks to Washington, Wall Street and the ruling class, our economic security has been taken away. The good-paying jobs that underpinned a way of life have been replaced by part-time or minimum-wage jobs, if there are jobs at all.

As steady work disappears, more and more people work under contracts, wages go down, and, of course, some have no work at all. Benefits that middle-class Americans paid for through reduced wages, benefits that promised to make their lives more secure, have been canceled.

And the worst is yet to come, as the privileged and their associates in Congress prepare to initiate slash-and-burn policies, beginning in 2013, to balance the budget — largely on the backs of the working middle class. That's when people will learn that they are expected to work until at least the age of 70, assuming that they can find employers willing to hire them at that age and that they are healthy enough to handle full-time employment. At the same time that the government is requiring people to work until they are 70 before retirement benefits are available to them, for most working people, 50 is all too often the new 65 when it comes to employment opportunities for anyone who wants to do anything other than become a greeter at Walmart.

The ills of today's economy are explained away by the privileged as nothing more than ongoing fallout from the recent recession. All will be better, they insist, when the economy recovers. They said the same thing 20 years ago when they attributed the economic failings of the early 1990s to a recession. The recession was not why the middle class was declining then. Nor is it now. The causes are deeper. The joblessness, foreclosures and implosion of retirement savings that came into sharp focus after this last recession are no more transitory today than they were in 1992. The attack on the middle class goes back long before that.

For decades, Washington and Wall Street have been systematically rewriting the rules of the American economy to benefit the few at the expense of the many — putting in place policies that have steadily dismantled the foundation of America's middle class.

The financial deregulation that enriched Wall Street and triggered the Great Recession was just the latest in a long series of moves by the economic elite to consolidate their control of the American economy. They have:

• Deregulated sectors of the economy, and in so doing, killed jobs or lowered wages for employees across entire industries, such as airlines and trucking

• Encouraged corporations to transfer jobs abroad and eliminate jobs in this country to bolster the value of stock, increase dividends and boost executive compensation

The future looks bleak for all but the richest Americans if these policies don't change.

Indeed, it's grimmer than Washington is saying. A majority of the new jobs being created are at the bottom of the wage scale.

And there are still not enough. We are in the fourth year of unemployment hovering above 8 percent. In April 2012, it was 8.2 percent, or 12.7 million men and women out of work. The last time we were in this situation was during the Great Depression. In 1982–1983, unemployment was above 9 percent for those two years, before dropping back into the 7 percent range. But the unemployment number the news media parrots is a Washington spin figure. The real number of people without work is north of 22 million. Think of it as the entire population of New York City and the surrounding suburbs, all looking for a job. Begin with the basic unemployment figure of 12.7 million. Add to that the people who were working part time because they could not find full-time jobs, or who were forced into working less: 7.7 million. Now unemployment is 20.4 million. Finally, toss in another 2.4 million people officially identified as "marginally attached to the labor force" — those who had looked for a job in the past year but not in the month before the federal survey, partly because they were discouraged.

Grand total: 22.8 million in need of a job — or nearly double the official unemployment total.

These figures will take on new meaning in 2013, when Congress begins to mindlessly — and needlessly — wield a meat axe to government spending. Not that spending should be allowed to continue unchecked. There are many areas where it should be reduced. But the spending that should be curbed won't be. Rather, lawmakers will pretend, as they have for several years, that spending must be slashed to bring down the deficit. Even Social Security will be on the chopping block. So, too, health care. What they really mean is the ruling class is getting ready to squeeze working people even more.

What will this mean for middle class Americans and retirees like Joy Whitehouse?

For Joy it won't matter. Barely able to afford minimal medical care and enough food to stay alive, she continued to maintain her independence as best she could — collecting empty cans by the side of the road until her strength gave out and she died.

For the rest of us, think of it as the end of a broad-based middle class in America.

Barlett and Steele are contributing editors at Vanity Fairmagazine. They have worked together for four decades, first at The Inquirer(1971-1997), where they won two Pulitzer Prizes and scores of other national journalism awards, then at Timemagazine (1997-2006), where they earned two National Magazine Awards, and since 2006 at Vanity Fair. They also have written seven books, including the New York TimesNo. 1 best-seller "America: What Went Wrong?" — an expanded version of the original 1991 Philadelphia Inquirerseries of the same name. Both live in Philadelphia. You can email the writers at info@barlettandsteele.com.