No Fee Charged at This Bank, Where People Are Put Before Profit 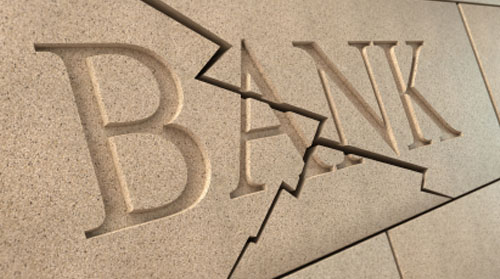 SAN FRANCISCO – Delores McGee, 65, may not get hard cold cash in her hand for taking the elderly – most of them total strangers -- to a doctor's appointment in her car and then going back a few hours later to take them back home, but she earns enough "credits" she can bank and cash in for a free massage some day.

Welcome to the time bank, where the unit of currency is not a dollar but an hour, where people are put before profit. It's based on an old-fashioned concept of taking care of each other in times of need, and never has there been a better time for such banks than now, in a time of high unemployment, observed Rick Simon, one of the founders of the three-year-old Bay Area Community Exchange (BACE) time bank.

"When you can't fulfill your needs by being a consumer, this is a good thing to depend on," said Simon of the all-volunteer organization. There are currently around 1,700 who have enrolled in BACE, with a variety of skills. In Northern California, the cities of Oakland and Sonoma have time bank communities, as well, he said, although of a smaller size.

When you enroll in a time bank – and enrollment is free – you post your profile online, indicating what skills you can offer: gardening, house painting, handyman services, computer trouble-shooting, sowing, cooking, child care, et cetera, et cetera. The time bank does the initial hookup, after which it's up to the purchaser of a service to check the credentials of the seller.

Just recently, Simon wanted a hair cut, but was low on cash. He contacted someone in the time bank who said he could cut hair. Simon wasn't disappointed with the results.

Twenty-nine-year old Jihyeon Park's time bank profile touts her Korean language, yoga and Korean cooking skills. She can't work until she gets her green card and wants to learn to speak English. She also wants to acquaint herself with the American culture. BACE, she said, seemed the best place to go to fulfill her needs.

A number of time banks have older members, living on a shoestring budget. Or they may be too frail to perform simple tasks around the house. For them, a time bank is invaluable. "Sometimes you need a light bulb changed in your home, but if you are an elderly person, you don't want to be climbing up ladders," said McGee, who works for the Community Living Campaign here, which is trying to promote the time bank concept among seniors.

McGee runs a weekly breast cancer support network at the Lutheran Church of Our Savior on Beverly Street here in the city. She knows those in the group would enjoy an occasional massage. Sixteen of them enjoyed a free massage recently by someone in the BACE community looking to rack up credit hours.

A young man who worked at the Bike Kitchen in the Mission, a do-it-yourself bicycle resource run by volunteers, earned enough time bank credits to set up the Biketopia Community Workshop in Berkeley, Simon said.

The time bank idea originated with the anti-poverty activist, Edgar Cahn, who writes in his book, "No More Throw-Away People," that "time dollars" were the answer to cuts in social programs during the Reagan years. "If we can't have more of that kind of money, why can't we create a new kind of money to put people and problems together?" he writes.

Cahn firmly believes that valuable work could actually occur outside the marketplace. He also believes that most everybody has some skill to offer. He launched the first time bank in the 1980s.

A "bank account" keeps track of how many time dollars you have earned that you can then spend on services the time bank community has to offer. Of course, the bank operates in large part on the honor system. The nice thing is, there is no expiration date on the hours.

Painting homes, giving rides to hospitals, teaching tai chi and visiting shut-ins are commercial transactions. But a time bank operates on the "do unto others" philosophy. Not only that, it's a great leveler because it treats all work as having equal value.

"Anything you want to contribute gets equal credit," Simon said.

For time bankers an hour of teaching yoga is no more valuable than an hour spent on fixing someone's computer motherboard. An octogenarian picking up the phone and offering words of comfort to a mother who has just lost her teenage son has the same "price tag" as someone slaving in the kitchen to cater for a house party. The octogenarian also starts feeling valued.

There are currently around 23 countries that operate a total of 300 time banks. Simon said he doesn't know just how many operate in the United States because "there's not a lot of research going on." In recession-wracked Spain, some 400 young unemployed people are bartering their services by the hour via time banks.

Time banks sometimes wind up being more than mere service resources. Simon said he recently met someone through BACE who shared a lot of his interests. The two are now good friends.

Simon said he would love to see more time banks spring up in the Bay Area. Open Source software is all that's needed to set up a time bank and he is willing to offer guidance.

"It's a great program for those not served by the community," he asserted.

McGee is planning to use the five credit hours she has banked -- some through stuffing envelopes for a non-profit, some through giving rides to seniors -- for a massage. Or maybe she might ask someone with baking skills to make her some cookies.