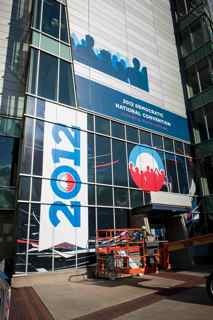 CHARLOTTE, N.C. — Asian Americans can be a force to reckon with only if a majority of them exercise their right to vote in the upcoming election, according to Asian elected officials at the Democratic National Convention.

Asian Americans are the fastest growing minority group in the United States, but according to San Francisco Mayor Ed Lee, "We are still suffering from the 50 percent turnout as opposed to a bigger number of Asian voters." Lee delivered his message on Wednesday morning at the Asian American and Pacific Islander (AAPI) Caucus at the convention. "We need to increase this turnout in our community, especially in this election."

In 2008, only 48 percent of AAPI registered voters cast a ballot, according to the latest census data. This turnout made them the lowest registered group of voters as compared to 62 percent of all Americans.

Lee, the first Asian American to be elected as the city's mayor, told the AAPI Caucus that Asian Americans—whether Japanese, Pakistani, Indian, Indonesian, Filipinos or Chinese—should expand their participation in the political process and "talk more about the important issues that address the needs of the Asian community."

"We need to keep our doors open—to make our community more well represented," he said.

Former Secretary of Transportation Norman Mineta concurred that if a majority of AAPI voters would participate in the upcoming election, the group will have a significant impact, particularly on Pres. Obama's possible re-election in November.

"There are about 4.3 million AAPI registered voters—and 62 percent of them are Democrat registered voters," Mineta said, outside the room where the caucus was taking place. "If more and more of our voters come out during the election, [the] AAPI vote is going to be a marginal victory for the Democrats."

The Obama campaign, Mineta added, could capitalize on the first-time AAPI voters since about 86 percent of them voted for Obama four years ago.

But Peter Leung, a Chinese -American delegate from Oregon, was less optimistic, admitting that AAPI votes are not crucial in U.S. elections.

"We don't have that power yet—not in politics," he said, sitting with fellow Asian delegates during the caucus. "And we can't achieve that power through conversations like this."

Despite a growing population, Asian Americans still have a "small voice in politics," he said, and thus need a bigger platform to empower and help them engage in national political activities.

"Even at this convention, the Asian caucus is clearly empty as compared to the Black and Latino caucuses," Leung said. "I think Asians [did] not benefit from the Civil Rights movement. We care about science and technology, but not politics."