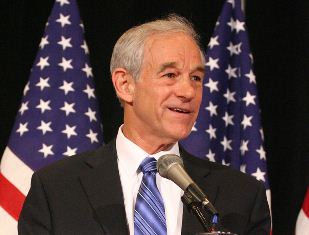 (CNN) -- The always-vocal supporters of Ron Paul made one final push to support the Texas congressman's bid for the 2012 GOP presidential nomination Tuesday, and in the process made their displeasure at the GOP establishment known as official proceedings at the Republican National Convention got underway.

Paul's supporters shouted and booed when rules were adopted as part of the Republican Party's official platform that would hinder the kind of grassroots campaign that carried Paul to the national convention.

The booing turned to cheers, however, when Paul stepped out onto the convention floor. Shouts of "let him speak" broke out from his supporters, who are fervently loyal to the libertarian congressman who is making his third and, he says, final bid for the presidency.

When their candidate received any delegates in the state-by-state roll call, Paul's supporters delivered loud cheers. However, convention organizers ultimately made a decision to stop calling out the Paul delegates.

That decision was met with furious cries from Paul's supporters, who said their voices weren't being heard at the Republican Party's official gathering. When states listed delegate votes for both Romney and Paul, party officials at the podium listed only the votes assigned to Romney, who secured enough delegates Tuesday to officially clinch the GOP nomination.

At one point, delegates from Maine walked off the convention floor in protest of a Republican National Committee decision to replace 10 of the 20 delegates Paul had secured in the state. That move prevented Maine from submitting Paul's name for nomination.

"I wanted to see the chairman keep it fair," Tom Bronza, a delegate and Ron Paul supporter from Pennsylvania, told CNN. "I just wanted to see the yeas and nays on the rolls. I knew it would be close. I wanted to record the numbers and wanted the chair to announce it. He didn't. I am disappointed in that. But that's the way the cards fell."

Bronza said the treatment from national Republicans toward Paul supporters had him seriously weighing whether he would vote for Mitt Romney in November.

"The way I was treated here today, I felt like I was picked on a lot by a number of different people, so I'm not too happy about that, and you know, if I was well received and no shenanigans, I would have considered it in November," Bronza said.