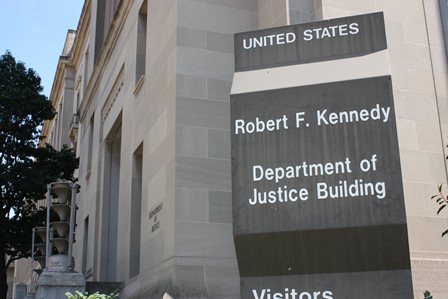 NEW YORK (CNNMoney) -- A joint federal and state probe into mortgage-backed securities fraud is close to "significant action," with a possible announcement in coming weeks or months, according to a source familiar with the probe.

Despite last week's announcement that the Department of Justice was closing a criminal investigation into Goldman Sachs' role in the financial crisis, members of a mortgage probe convened by the president say they're still investigating big banks that packaged and sold bad mortgages in the years leading up to the financial crisis.

Members of the Residential Mortgage Backed Securities working group, which includes attorneys from the Justice Department, the Securities and Exchange Commission and the New York Attorney's General's Office, declined to say who or what they've been investigating, citing the sensitive nature of ongoing investigations.

But officials at all those agencies say progress is underway.

"Work is being done right now by state and federal working group members across the country on active investigations," said Justice spokeswoman Adora Andy. "Although these complex cases can be time consuming and challenging, the resources, enthusiasm and organization brought by the members of the RMBS Working group have already resulted in substantial strides toward that goal."

One source familiar with the mortgage probe suggested an announcement could come soon, cautioning the time line was uncontrollable due to different agencies involved.

The mortgage fraud probe is under increasing pressure to deliver, especially since President Obama touted the group would "hold accountable those who broke the law, speed assistance to homeowners, and help turn the page on an era of recklessness that hurt so many Americans," during his State of the Union address in January.

The mortgage probe is a coalition of many of the same agencies that have been working together since the Obama administration created its first mortgage fraud task force in 2009.

Since then, there's been near silence about the group, other than a May press release from the Justice Department touting a two-day meeting at the SEC and the hiring of coordinator Matthew Stegman, an assistant U.S. attorney in California. Calls to Stegman were not returned.

Last week, a coalition of progressive groups renewed their call on regulators, state attorneys general and investigators to hold Wall Street banks accountable for crimes that caused the collapse of the housing market.

"Six months into the investigation, there's little publicly discernible progress on the investigation," said Brian Kettenring, director of the Campaign for a Fair Settlement, which represents liberal and progressive groups that are pushing for relief for homeowners. "It's hard to know what's going on behind the scenes. We're not seeing the signs we'd want to see."

But officials representing federal agencies warn that these securities cases are complicated and take time to sift through. They say they've issued 300 subpoenas and have collected millions of pages of documents on mortgage-backed security contracts, spread among more than 200 attorneys and investigators.

"In the RMBS world, there are large numbers of transactions and players that need to be investigated," said Robert Khuzami, director of the Division of Enforcement at the SEC and a co-chair of the working group. "This takes time, but no one should infer from the absence of charges to date that there hasn't been real and substantial progress."