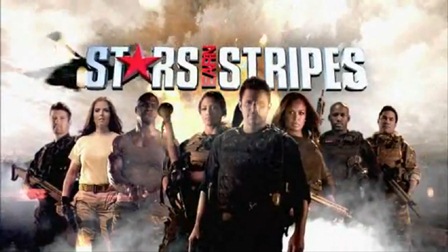 (CNN) -- Yet another one of NBC's programming decisions is being criticized, but this one doesn't have anything to do with the Olympics.

In an open letter to the Chairman of NBC Entertainment, Robert Greenblatt, as well as members of the "Stars Earn Stripes" production team, the nine laureates accuse NBC of "glorifying" war and military combat by presenting military training in the same fashion as one would present an athletic competition.

Citing the website for "Stars Earn Stripes," the letter quotes promotional copy that states "the fast-paced competition" intends to "pay ... homage to the men and women who serve in the U.S. Armed Forces and our first-responder services."

However, the nine undersigned say, "It is our belief that this program pays homage to no one anywhere and continues and expands on an inglorious tradition of glorifying war and armed violence. Military training is not to be compared, subtly or otherwise, with athletic competition by showing commercials throughout the Olympics. Preparing for war is neither amusing nor entertaining."

It's not just NBC that the group criticizes, as they note that in their perspective, "the long history of collaboration between militaries and civilian media and entertainment - and not just in the United States - appears to be getting murkier ..."

To that end, the group's implored NBC to pull "Stars Earn Stripes" from the air, calling it "a massive disservice to those who live and die in armed conflict and suffer its consequences long after the guns of war fall silent."

Earlier this month, "Stars Earn Stripes" made headlines when Sharon Osbourne accused NBC of discrimination when she claimed that the network fired her son Jack from the show after learning of his multiple sclerosis diagnosis.

In a statement, Greenblatt said in part that "as a company that cares deeply about the health and safety of everyone on our shows -- especially one like 'Stars Earn Stripes' that requires dangerous water stunts, strenuous physical activity, and uses live ammunition -- we required all potential participants to undergo medical vetting to ensure that they could safely participate. Although we did not ask Jack to participate in the competition, we were able to offer him two substantial alternative roles on the show, both of which he declined. This network does not discriminate on any basis."