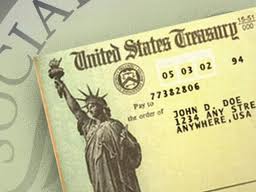 WASHINGTON, D.C.--Although Social Security has been the benchmark of the Democratic Party since President Franklin Delano Roosevelt signed it into law 77 years ago, efforts to curtail the program's modest protections have drawn bipartisan support in recent years. On Monday, former New York Times executive editor Bill Keller wrotecalled on the boomer generation to support reductions in entitlement programs to reverse what he called an "already neglected investment" in education and infrastructure. Many observers believe efforts to curtail Social Security and other entitlements might come as part of a "grand bargain," as President Obama called it last year, to reign in the national deficit. What's at stake for aging ethnic boomers and others on the economic edge? New America Media's Paul Kleyman interviewed independent journalist Eric Laursen, author of the new book, The People's Pension: The Struggle to Defend Social Security Since Reagan.

New America Media: I understand you spent over seven years researching and writing The People's Pension. What kept you going on such an ambitious project—over 800 pages?

Eric Laursen: One thing that kept me going with the book was the realization that the story I tell inThe People's Pension involved me personally more and more. I'm a self-employed person in my early 50s. I don't have a pension plan. My individual retirement account (IRA) was slammed by the dot.com collapse in 2000, and again by the housing bubble's collapse in 2008. My home equity has taken a hit, too. When I look ahead to when – and if – I stop working, I thank heavens I'll at least have Social Security--unless, of course, the politicians decide to take it away.

NAM: We've heard for 30 years now that Social Security is in crisis and won't be there for our children and grandchildren. How much trouble is it in?

EL: Social Security is not in crisis. We can deal with any of the program's long-range fiscal problems for decades to come by raising the portion of income subject to payroll tax, which would tax affluent workers a bit more heavily. In 2012, the payroll tax only applies up to $110,200 in earning. Or the payroll tax could be raised very gradually across the board – over a period of decades, so no one's purchasing power would be eroded. This is how Social Security has been "fixed" in the past, and there's no reason it couldn't be done again.

Yes, there will be more retirees in future years. But the Social Security trustees say the cost of securing Americans against the losses of aging and disability through the program now will rise only modestly to 6.2 percent of U.S. gross domestic product by 2035, then level off at around 6 percent by 2050. Given all that Social Security does for us, that strikes me as quite affordable for our society.

NAM: This week Bill Keller said in the New York Times that the boomer generation should support reductions in entitlement programs, such as by raising the retirement age. Why shouldn't people be able to work longer rather than tap into the public's pension system?

EL: For one thing, not everybody can keep working into those later years. The healthiest workers also tend to be the wealthiest. Also, life expectancy has mainly risen for the most affluent, but it's still relatively low for people who work very physical and low-wage jobs, such as large percentages of aging Latino and African American workers.

In addition, older people are more prone to sudden changes in their capacity to work: accidents, serious health problems, and so on. In these kinds of situations, Social Security can quickly go from being the icing on the cake of retirement income to a lifeline. That underscores a basic fact: Lots of people think they don't need Social Security. All too often, they get wised up.

NAM: Why should younger people of lower- and middle-incomes be especially concerned about Social Security?

EL: So many of their traditional sources of retirement income are eroding. Millions of younger workers will not be able to rely on employer-based pensions or from sales of their homes. Also, the stock and bond markets, which were supposed to be a vast new source of wealth through 401(k)s and IRAs, are treacherous. Health insurance costs and student loan payments eat away at what savings they've managed to acquire. Employment itself is a lot more volatile. Social Security is the one thing they have that is guaranteed.

NAM: What changes would improve the program for those who need it?

EL: Women could really use two major improvements in Social Security: Caregiver benefits would enable them to build up benefits even when they take time out of the workforce to raise a child or care for an aging relative – because it's still women who tend to do these tasks. An increase in the spousal benefit for surviving partners of deceased workers would help them to stay out of poverty in old age - -because the poverty rate among elderly women is much higher than for men. These ideas have been kicking around at least since the Gore campaign in 2000, but never seem to get anywhere, which is shameful.

Also, Social Security is a lifeline for older workers and retirees from communities of color in the U.S. and they can play a key role in demanding that it not be restructured out of existence. They already are. But the best way to defend Social Security in the long run, I believe, is for its defenders to get out of their defensive crouch and start playing offense.

NAM: Politicians often say that spending is too high for seniors and too low for children. Why shouldn't the country reduce spending on old-age entitlements?

EL: We should certainly spend more on education, health care and social services for the young, but that doesn't mean it has to be taken from elders. Old-age benefits actually help younger generations, because they enable seniors to live independently, to not become a burden on their families. Social Security benefits also help elders to help their children and grandchildren stay in school and get them established in life. This is a growing trend, especially in this recession -- far from the "selfish" generation Keller discusses in the Times article.

NAM: Both parties have had advocates for reducing the program's benefits in the effort to shrink the National Debt. Why are some Democrats, including Obama, favoring that idea?

EL: Because they've bought into the false argument that Social Security and other aspects of government are part of a zero-sum economic equation, the idea that the wealthiest nation in history only has one economic pie with so many slices to share. In fact, Social Security doesn't contribute to the federal deficit, because it has its own dedicated tax to cover its costs. It shouldn't be used to foot the bill, for instance, for the Bush tax cuts and dangerously open-ended Pentagon spending.

But the major reason why so many prominent Democrats favor cutting Social Security boils down to money: It's become harder and harder to get elected unless you're very adept at raising money or have an awful lot of it yourself. The center-right wing of the Democratic Party has spent years cultivating a group of wealthy backers, many of them from Wall Street, by convincing them that the Democrats are no longer the "party of tax and spend." These backers are very concerned that an aging population will spur greater spending on seniors -- and therefore higher taxes -- in the decades ahead. The candidates they back want to make sure the tax bill won't go up for their contributors.

NAM: How will Social Security fare in the wake of the November election?

EL: What I learned in researching The People's Pension is that Social Security's future problems aren't fiscal but political. As long as it enjoys overwhelming support from the American people – which it's always had – and the Republican right and Democratic center-right can't get together on a common plan for cutting it, Social Security is fairly safe. My guess is that Social Security will be OK after this election, even if the Republicans retain control. That's because the GOP leadership won't want to be tarred as having slashed such a popular system.

The real danger is in later years, as the Democratic leadership continues its march to the right and therefore becomes more willing to sacrifice the core of the party's New Deal heritage. Watch how well the progressive caucus fares, and you'll know whether Social Security will survive.