Despite Supreme Court Ruling, Many Minors May Stay in Prison for Life 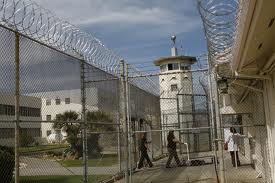 When Dennis Epps learned in June that the Supreme Court had struck down mandatory life without parole sentences for kids convicted of murder, he was hopeful. His brother, David, was given such a sentence for home burglary-murder committed at 16 and has spent most of his 48 years behind bars.

"I was thinking he was going to get some kind of release, because he served 32 years on a life sentence," Epps told ProPublica.

But Epps's brother is unlikely going anywhere soon. A few weeks after the ruling, Iowa Gov. Terry Branstad announced he would commute the life without parole sentences of 38 juvenile offenders, and make them eligible for parole after 60 years. David Epps would be in his mid-seventies when he could first be released.

Under the Supreme Court's ruling, minors can still get life without parole sentences — just not automatically after a conviction; instead a judge will need to decide, taking into account the minor's youth.

For the roughly 2,500 juvenile offenders already sentenced to life in prison without parole, the upshot of the ruling — Miller v. Alabama — seemed clear: "They will all get another bite at the sentencing apple," Dan Filler, a professor at Drexel University's Earle Mack School of Law, wrote shortly after the ruling.

That may not happen if Iowa's governor or many other states get their way.

"Justice is a balance and these commutations ensure that justice is balanced with punishment for those vicious crimes and taking into account public safety," Gov. Branstad said in announcing his order.

The governor's action, which sidesteps any potential resentencing hearings, has sparked criticism and legal challenges.

"The main point of the Miller decision — and the main concern of any sentencing — should be individualized sentencing based on factors about each human being," he said. "Obviously, nothing about any of the 38 individuals was taken into account, just as it was not when they were sentenced to life imprisonment without parole."

Yet Filler, the Drake law professor who wrote about the ruling, said it actually leaves the details to states to iron out. "When you look at the decision closely, it implicitly leaves room for exactly what the governor of Iowa did," he told ProPublica. "It doesn't give us any guidance. You have to see this decision as entirely cloudy. Different states are going to try different things."

Indeed, some states have suggested they don't plan on rolling back minors' life without parole sentences, pointing out the Supreme Court left unclear whether its ruling should be applied retroactively to minors already sentenced. (Twenty-six states currently have mandatory life without parole statutes for juveniles. Here's a list and a map showing where.)

"It is the (Alabama) Attorney General's position that this rule does not apply retroactively," Alabama Solicitor General John C. Neiman Jr. told us. "Ultimately whether it will apply retroactively is going to be a question that will be litigated in, and decided by, the courts."

In its June 25 decision, a 5-4 majority on the Supreme Court ordered an individualized approach to sentencing for juveniles convicted of murder to consider proportionality of punishment to the nature of the crime and offender's history.

Sentencers are now required to "follow a certain process — considering an offender's youth and attendant circumstances — before imposing a particular penalty," wrote Justice Elena Kagan for the majority. Among the unique characteristics of youth cited were "immaturity, impetuosity, and failure to appreciate risks and consequences."

While the opinion didn't impose a categorical ban on life without parole sentences for juveniles, it requires that authorities "take into account how children are different, and how those differences counsel against irrevocably sentencing them to a lifetime in prison."

The decision follows in the steps of a recent line of Supreme Court cases stating that kids, by virtue of their youth and lack of fully matured brains, are different from adults and have greater capacity for rehabilitation. In 2005, the Court struck down the death penalty for those under 18. In 2010, it forbade life without parole for juveniles convicted of crimes that aren't murder.

The patchy aftermath of the 2010 decision illustrates the challenges states have faced in implementing changes to their laws. Florida — which dispensed the lion's share of life without parole sentences to minors for non-homicides — is still grappling with how to address the ruling. Greater discretion in judges' hands has also led, in some cases, to 70- to 90-year sentences for minors — while not technically life, a comparable term of years.

In the wake of Miller, some states around the country have already taken legislative action. North Carolina recently passed an amendment granting juvenile lifers parole review after 25 years. It also requires judges to consider such factors as age, immaturity, intellectual capacity, mental health history, and the influence of familial or peer pressure when imposing punishment.

In Michigan, which boasts the second-highest number of juvenile lifers, criminal defense attorneys have begun mobilizing legal assistance for current inmates despite disagreement as to whether or not the court's decision is retroactive.

In Pennsylvania, the state with the most number of juvenile offenders serving life without parole (444), the state Senate Judiciary Committee recently solicited testimony from various stakeholders to decide how to proceed. The issue of retroactivity there, too, remains uncertain.

Iowa's recent executive order is not the first time a governor preemptively took action following a Supreme Court ruling: In 2005, Gov. Rick Perry of Texas commuted the death sentences of 28 juvenile offenders, changing them to life sentences with the possibility of parole after 40 years. Around the same time, he had also signed a mandatory life without parole statute for juveniles; Texas abolished the statute in 2009.

If the Iowa governor's order stands, 38 juvenile offenders — including David Epps — will not be eligible for parole until they reach their mid-70s, about the normal life expectancy of Americans. But of course prison can prematurely age people. The National Institute of Corrections designates an elderly or aging prisoner as age 50 and older.

Recidivism rates also decline the older a prisoner gets: In Iowa, statistics show these rates drop markedly once an inmate reaches age 45 and even more dramatically by the time he's 55.

In light of the governor's action in Iowa, any hope Dennis Epps had of ever seeing his brother get out of prison was short-lived. The governor "might as well have left them serving a life sentence, because that's pretty much what that is," he said.